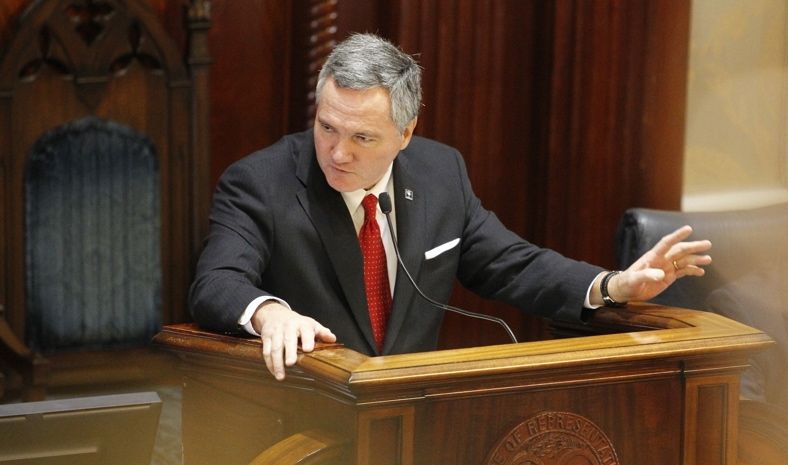 With a criminal trial looming, calls for his resignation building and his “Republican” colleagues jockeying for his job, S.C. Speaker of the House Bobby Harrell addressed the public corruption charges against him – specifically his indictment on nine counts of campaign finance-related offenses.

“I have said all along that I have never intentionally violated any law, and I still strongly believe that statement to be accurate,” Harrell said in a statement.

The embattled Speaker referred to the charges against him as mistakes, not crimes – including accounting errors that were “easily addressed.”

“In no way have I ever benefited personally or financially from travel reimbursements from my campaign account,” he said. “In fact, I have regularly used the privately raised funds from my campaign account to pay for official state travel instead of passing that cost along to taxpayers. Similarly, I have often used my own airplane, at no cost to the taxpayers, for official state travel when it would have been completely justifiable to have used the taxpayer-funded state plane instead. If over the course of four years, I mistakenly wrote down the wrong date on a handful of items, that is something that can easily be addressed.”

In addition to his own statement, Harrell’s office released a comment from one of his attorneys – Bart Daniel.

“As a former federal and state prosecutor and current defense lawyer, I have prosecuted and defended cases involving the offense of ‘Common Law Misconduct in Office,'” Daniel said.  “It is clearly a misdemeanor and has always been considered as such.”

The distinction is critical.

By referring to the allegations contained in the indictment as errors – and having his attorney stress that they should be classified as misdemeanors, not felonies – Harrell is clearly signaling his intention to fight any effort to suspend him as Speaker of the House.

Related Topics:Bobby Harrell
Up Next