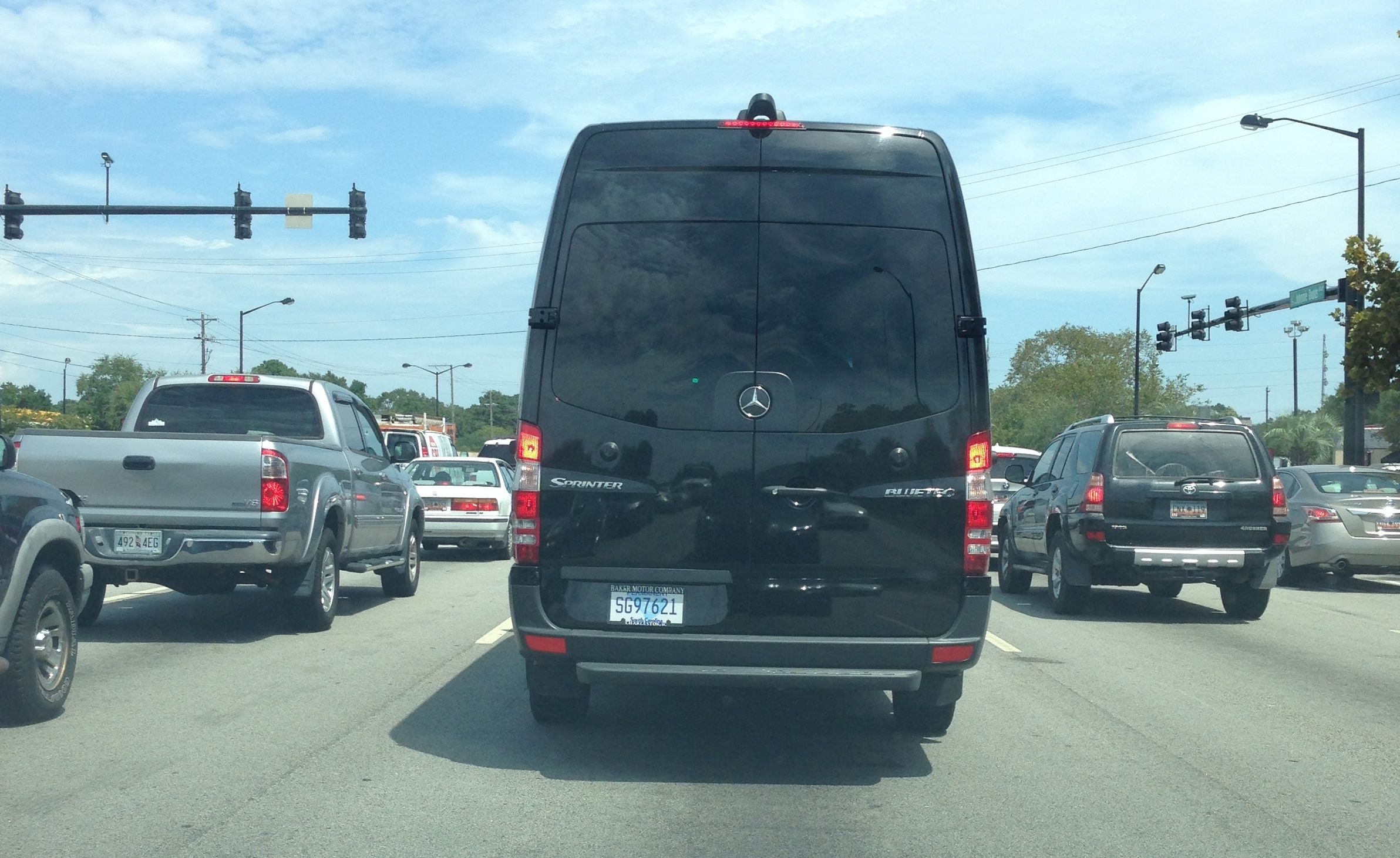 So here’s a Mercedes-Benz Sprinter van rolling through the streets of Mount Pleasant, S.C.  The $50,000 passenger van was spotted on Johnnie Dodds Boulevard, actually, the city’s main thoroughfare …

As you can see from the license plate, it’s a state government vehicle … one purchased from Baker Motor Company of Charleston, S.C.

So … why would a state agency need a $50,000 passenger van? Especially a state government that’s always claiming to be broke?

Good question … although it’s telling that all the cars around this ritzy government vehicle are pieces of crap (consistent with the state’s stagnant income levels).

“It offended me,” our source said. “Thought it might offend you too.”

Last year, FITS wrote on mismanaged state agencies splurging for expensive vehicles … so we’ll be looking forward to bringing you the agency responsible for this sweet ride as soon as we track it down.

@fitsnews saw a Prius with Govt tags today. Would hate to see the cost of maintenance on the entire fleet! Does everyone hired get a car?

@craigtcaldwell @fitsnews SCDOT bought over 50 of them. Guess they fix the roads with them.

Bobby Harrell: Back On Top?