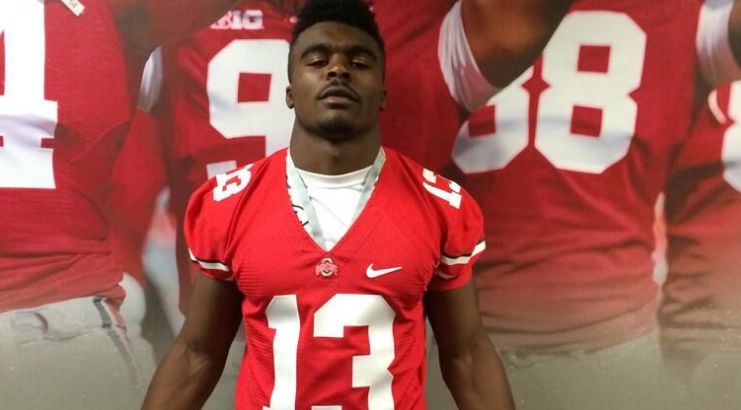 He’s also the guy who had his 109-room Georgia mansion foreclosed upon a few years ago … (ouch).

Well guess what … Holyfield has a son, 5-foot-11, 200-pound running back Elijah Holyfield.  And the younger “Real Deal” just kicked off his junior season at Woodward Academy in Atlanta, Georgia.  How’d he do?  Pretty well …

Against Decatur, Holyfield took the game’s opening kickoff back 84 yards for a touchdown.  He also ran for 147 yards and six more touchdowns.  That’s seven scores, people.

Ranked No. 147 on the ESPN300 rankings for high school juniors, “Lil’ Real Deal” has attracted some big time interest at the college level – with Ohio State, Michigan, Louisville, Kentucky, Ole Miss, Tennessee and Wisconsin all courting him.

So far it looks like the Buckeyes and Wolverines have the early lead in recruiting Holyfield … who has paid both schools a pair of visits.