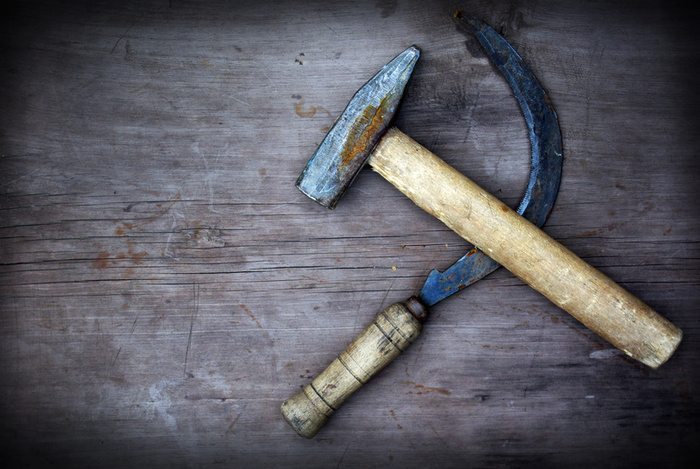 YUP … ON BOTH SIDES

There’s a big scoop up on The Missouri Torch  exposing the exploitation of the ongoing unrest in Ferguson, Missouri.

“Opportunistic radical groups from across the country are flocking to Ferguson, Missouri to take advantage of the death of Michael Brown, a young black male shot by local police,” the outlet reports.

According to the Torch , the rioting, looting and protesting in America’s heartland is being egged on by – among others – communists.  In fact the outlet has posted video and photos of an individual by the name of Greg “Joey” Johnson, a member of the Revolutionary Communist Party USA who has been in Ferguson dialing up the violence.

In fact, the party’s official mouthpiece has been expressly urging protesters to ignore pleas for calm.

“This is no time to ‘calm down,'” the party’s official website states.  “It is time to step up the struggle.”

So to recap, we’ve got communist agitators on the ground in Missouri … fighting against a militarized police state (subsidized with fiat money) that seeks to suppress individual liberty and prosperity at every turn.

It’s hard to pick a side in this one, isn’t it?

“Independent Wire” For All Cops