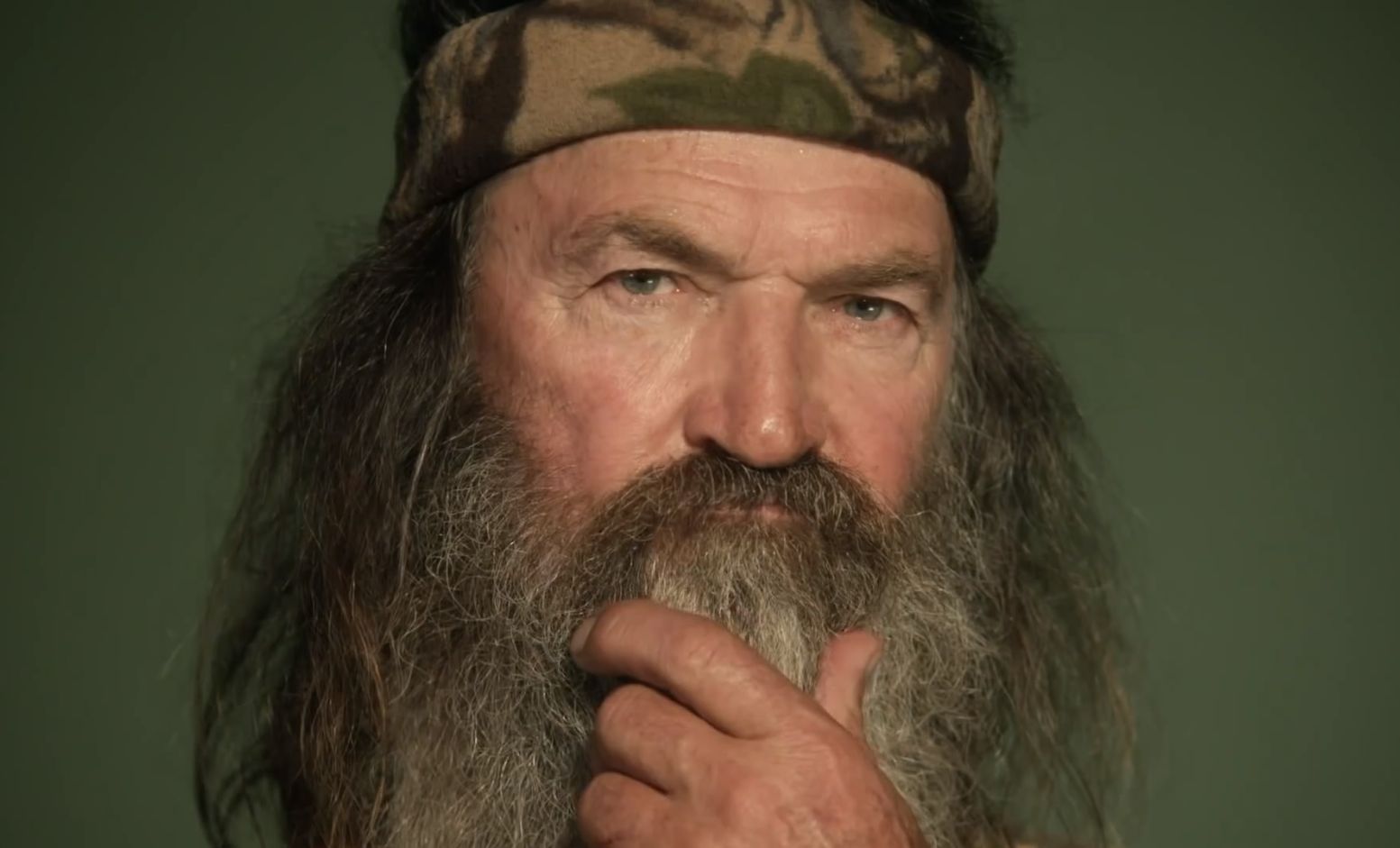 HOW THE FAR LEFT FREAKED OUT OVER CHANGE.ORG’S DECISION TO “SUPPORT” PHIL ROBERTSON

Confession: We’re not big into online petitions. Have we signed a few of them? Sure. But we view them almost without exception as exercises in venting, not exercises in real change.

Don’t tell that to the founders of Change.org, though. Founded in 2007 by San Francisco gay rights activist Ben Rattray, Change.org has long been associated as a tool of the liberal – or “progressive” – movement.  In fact until 2012 it refused corporate advertising, Republican Party solicitations, anti-union or pro-life messages.

“We accept sponsored campaigns from organizations fighting for the public good and the common values we hold dear — fairness, equality, and justice,” the site originally stated. “We do not accept sponsored campaigns from organizations that consistently violate these values, support discriminatory policies, or seek private corporate benefit that undermines the common good.”

In other words they decide when “private corporate benefit” is good … and when it isn’t.  Sort of like it was up to the Internal Revenue Service (IRS) to determine when your non-profit should be subjected to additional scrutiny … and when it shouldn’t.

“For years, progressives have built a huge advantage over the right wing on the Internet, and it would be awful to lose that in service of a short-term payday,” an executive with MoveOn.org told The Huffington Post .

The last straw for many leftists came in December 2013, when Change.org hosted a petition asking the A&E television network to reinstate reality TV star Phil Robertson – who was suspended from the show Duck Dynasty  for voicing his opinions on homosexuality and religion.

Nearly 120,000 people signed the petition, and the network eventually reversed its suspension of Robertson.

How did the far left react to this?

For that story, let’s take a peek inside “Gamechanger Salon” – the secretive, exclusive digital community of uber-leftist activists, commentators and operatives that was recently exposed by the website Media Trackers .

The brain trust of the “Vast Left-Wing Conspiracy,” this group has voiced some odd views in the past – views inconsistent with its “progressive” roots.  For example one member of the collaborative recently argued that southern states (a.k.a. “red” states) should secede from the union because they have been “dumbing down national politics, tilting the country in a conservative direction, supporting militarism, all while demanding huge financial subsidies from blue states.”

Leftists for secession … who’d a thunk it, right?

Anyway, the members of “Gamechanger Salon” – far from embracing the right of all people to express their views (a.k.a. freedom of speech) – reacted virulently when Change.org hosted the Robertson petition.

“Looks like what a lot of people feared came to fruition today,” one of the group’s members wrote. “Looks like a change.org is featuring and providing assistance to a petition supporting the homophobic wealthy businessman from Lousiana who has a side gig as a tv personality.”

“Who’s going to start the petition to go after change.org on this?” another user mused.

Yet another user quickly posted Change.org’s community guidelines, which stated that it does not permit “speech which attacks or maligns a person or group based on their class, veteran status, gender identity, or immutable characteristics (race, ethnic origin, color, national origin, religion, disability, sex, age, sexual orientation).”

Change.org’s director of external affairs – Noland Chambliss – attempted to mute the criticism by explaining to his fellow “Gamechangers” how the Duck Dynasty petition wound up on the web, but he was quickly shouted down.

“So just to be clear, you’re defending this petition and that it somehow is not supporting anti-gay hate speech?” one user asked.

Another user noted that “There appear to be no petitions on change.org demanding that A&E keep Robertson off. ”

“I’m not really clear on why we’re all supposed to stand for equality, fight for equality and supposedly represent a set of shared progressive values – except for when that interferes with Change.org making money,” another user wrote.

“When you empower our adversaries, you disempower people who they are actively oppressing,” Clayton wrote.  “Especially since this technology was incubated inside the Progressive movement and you’ve siphoned off tons of our best trained organizers, selling their talents and our institutional knowledge to venture capitalists for profit, who then turn around and sell it to our enemies (thus neutralizing our previously asymmetrical advantage on this front), is particularly shameful.”

Clayton’s response got the troops fired up.

“I think we should seriously think about boycotting Change.org, and maybe do a demo in front of their offices,” one member of the group responded. “F*ck this sh*t!”

And what of Robertson’s right to speak his mind?  Which is protected by the First Amendment to the U.S. Constitution?

These liberals aren’t hearing that … in fact they feel the simple act of supporting his right to voice his opinions rises to the level of “hate speech.”

“The act of defending a man like Robertson is a form of hate,” one member of the forum wrote.

Other “Gamechangers” weren’t willing to go quite so far, mulling over a better way to frame the debate.

“The other side *does* have a right to their reality show,” one wrote.  “Particularly in 2013, you don’t win cultural fights by banishing opponents’ voices.  Our goal is to reframe that program, to turn Duck Dynasty into ‘that show about the bigots.’  Cancel the show when it has a large audience and you make it a cause celebre.  Reframe the show in the broader culture and you (eventually) whittle down the audience.”

This website has consistently stood for gay rights – which hasn’t always been the easiest position to advance in socially conservative South Carolina.  We also stand for free speech – and for the right of individual churches to determine who they consent to marry. As for the Robertson drama, we noted at the time that “as a private corporation it’s A&E’s prerogative to suspend Robertson, but imagine for a moment one of its personalities had condemned heterosexuality in the same manner?”

“Would that person have also been suspended?” we wondered.

And if they had, wouldn’t the far left have rallied in support of his fundamental right to speak his mind?

Anyway, to read the “Gamechanger” exchanges in their entirety (with email addresses redacted), click the link below …

The Business Of Sex

Obamatrade: Nowhere For Supporters To Hide

Now, if this were a liberal ALEC, you and Redstate might have something to write about…

“…but imagine for a moment one of its personalities had condemned heterosexuality in the same manner?”
There would be instant lawsuit from the supporters of that right wing legal group that’s brought all the suits against gay marriage, Christian prayer in public meetings and Hobby Lobby.

I love it when the moonbats go for each other’s necks.

Keep ’em ignorant, and you keep ’em liberal, and voting Democrat. Even if our children suffer w/o enough and the country is spiraling down the toilet. You can say you won…(See Obama)…and that’s really all that matter with your ilk.

You tool. Nobody’s EVER been swayed by your hapless attempts at changing opinions.

Of course I won’t change anyone on here. You idiots still say the economy is humming, gas prices are lower, and in the next breath blame W for the misery. You’re not bright, realistic or observant people. …

Not to mention: FITS is pretty much Status Qua media. The people frequenting him, are not people looking for fresh or original content. So I agree w/ you…

I most like F*#king w/ you Brain-Dead Idiots. If I did get a majority from over here, it would be a red flag. The thousands of readers I’ve attracted are the level of voter I was going after. You serve as an example of being what I’m NOT. You are a minority in SC. You are owned by FITS. You are pawns of the democrat party and the dirty political consultants. And Never the twain shall meet…THANK GOD…

The game changers sound like a bunch of disconnected from reality, chickenshit punks. I will start worrying about Phil Roberts when he starts threatening to kill me if I don’t believe the same as he does. Until then, the beautiful thing about America is we have the freedom association AND disassociation.

Whew! Thank goodness that Phil Robertson was reinstated . . . life can go on . . .