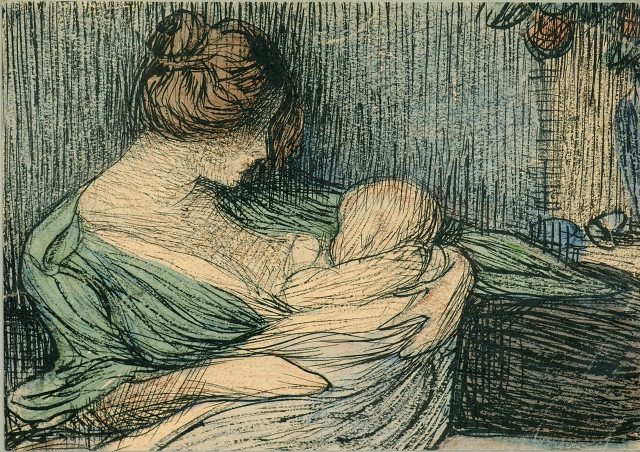 ANOTHER PERSPECTIVE ON NATIONAL BREASTFEEDING MONTH …

By Mande Wilkes  ||  I’m a jealous girl. When I read Liz Gunn’s article in defense of her choice not to breastfeed, I felt jealous … jealous that she got to make the choice at all.

You see, my body won’t ever be able to create milk.  The doctors call it “a lack of mammary tissue,” which, if you’ve met me, seems … contrary to the evidence, to say the least.

But while my plastic surgeon is an artiste extraordinaire, he can’t get my body to sprout the milk-making tentacles that are supposed to branch out between the breasts like so many tangled snakes.  And so I didn’t breastfeed, and probably never can.

Liz’s article was, if I read correctly, a reaction to National Breastfeeding Month.  Aloud she wondered at the purpose of the designation, in light of the “lactivist” charge that breastfeeding is as natural as a soupy summer day.  But the fact is that for every woman making the choice, all on her own, not to breastfeed, there are a bunch more who use formula because they know no better or because they endure public stares or because their workplace won’t permit regular pumping breaks.

And then there are some like me, who know that “breast is best” and would be happy to smile at the staring strangers and would fight hard with our bosses for a pumping break … but who in spite of all that still can’t breastfeed because our bodies won’t let us.

I view National Breastfeeding Month, then, as designated not for all the breastfeeding mothers but rather for those of us who cannot, for whatever reason.

We – those of us who wished like hell to breastfeed but couldn’t make it happen – are jealous of mothers like Liz.  We resent our own biological shortcomings, or our inflexible bosses, or curious strangers, or whatever.  And yes, most of all we resent those who chose not to breastfed, because we wish we would’ve had the choice too.

Mande Wilkes is a wife, mother, businesswoman, author, etc. residing on the South Carolina coast with her family.  You can read more of her work in The (Myrtle Beach, S.C.) Sun News.

“Leashed” Children: How Much Freedom Should We Give Our Kids?