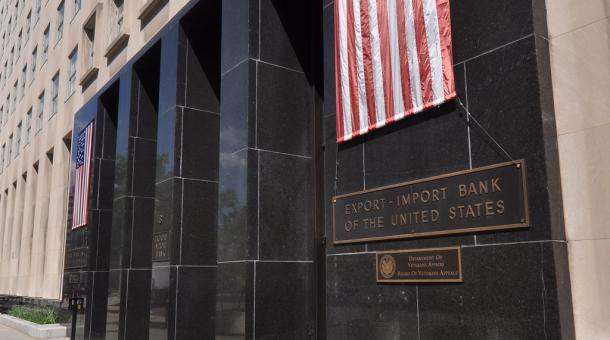 Earlier this week S.C. Sen. Tom Davis (R-Beaufort) – one of a dwindling number of true free market backers in the South Carolina Senate – took to his Facebook page to publicly call out colleagues who voted in support of the U.S. Export-Import Bank.

Unfamiliar with this boondoggle?  It’s basically a crony capitalist slush fund, doling out taxpayer-guaranteed loans to a select few foreign corporations – the vast majority of whom turn around and buy airplanes from Boeing.

Davis posted a scathing reference to the bank – along with a link to an editorial from National Review slamming the bank.

That editiorial also delved into a mushrooming bribery scandal wherein four employees of the bank are being investigated by the U.S. Justice Department (USDOJ) for allegedly accepting payments and gifts from companies that benefitted from Ex-Im’s taxpayer-subsidized loans. A fifth employee has been placed on leave.

DOJ investigating #ExImBank employees for allegedly accepting payments & gifts from bank beneficiaries. Hardly surprising, as NR’s editors note: “Public-choice economics teaches us that government programs work for special interests and bureaucrats, not the taxpayer. The corruption this engenders is certainly hard to investigate and fix, as we’ve seen at the VA and the IRS.”

That’s why I am proud to have been on the losing side of last May’s 28-14 vote in the SC Senate asking Congress to reauthorize the Ex-Im Bank. Here’s that roll-call vote, for those of you interested in such things:

We always like it when lawmakers call out the bad guys publicly … by name .  And it’s also refreshing to see an elected official stand up against one of the most powerful special interests in his home state (although Boeing’s influence in South Carolina could be on the wane).

Funding for the Ex-Im bank expires at the end of September, and the U.S. Congress must decide whether to reauthorize it.  Let’s hope that a majority of U.S. representatives will vote – like Davis and his thirteen colleagues listed in the “NAY” column above – to can this crony capitalist boondoggle.

The GOP Has A Three-Way Problem …

It is so hard to tell the players without a program. Peeler is the devil incarnate but he is a FITS hero when he votes with carpetbagger Davis. Who wouldn’t want to be on a list with not so Bright? His financial acumen is well known.

Tommy does not play well with others. Needs improvement if he is to be successful.

PS: Are all Yankee Carpetbaggers as anti-social as your son?

Why all the Boeing hate Will? I generally agree with you on many subjects but any and everything to do with Boeing you jump all over. There are only two major large long haul aircraft manufactures left in the world, Airbus which is basically a socialist enterprise owned and operated by European governments and Boeing. Is Boeing crony capitalist, yes, but they have to be as they are competing with the aircraft manufacturing arm of several EU nation governments. I’d rather keep Boeing afloat and have a US manufacturer than have all large commercial airliners built by EU socialists. If the Export-Import bank is necessary to keep that going then it’s a necessary evil.

Ever since Haley closed her legs to Sic Willie, he has blamed anything and everything (whether real or not real) on her. Haley was involved with the Boeing deal so therefore FITS attacks it.

Now whether all this is covered in his forthcoming book is the question.

Yup, when the bad guys get called out by name, SC responds swiftly and mercilessly by reelecting them as soon as they get the chance.

Wait, that’s not a punishment…

It is if you’re a masochist.

Maybe they’ll at least re-elect the good guys, too.

For the views of a real economist, rather than a Tea Party hack, Krugman, everybody:

“So it looks quite likely that the Tea Party will claim a scalp from the business lobby, and kill the Export-Import Bank. And there is a case for doing away with the lender – except that this is the worst possible time for it.

“Under normal circumstances, we can argue that Ex-Im neither improves the US trade balance nor creates jobs. Even if it does succeed in increasing some exports, the standard view would be that any expansion of the US economy would be choked off by a rise in interest rates as the Fed tries to prevent overheating, which would lead to a rise in the dollar, which would lead to a fall in other exports and/or a rise in imports. So you can claim that Ex-Im is mercantilist trade policy, and counterproductive.
….
“Right now, however, we’re at the zero lower bound, which means that the Fed won’t raise rates. As I’ve said a number of times, under current conditions mercantilism works – so this is exactly the moment when ending an export-support program really would cost jobs.”

Krugman? Tea-Party? What a joke.

“Krugman describes himself as liberal, and has explained that he views the term “liberal” in the American context to mean “more or less what social democratic means in Europe.”