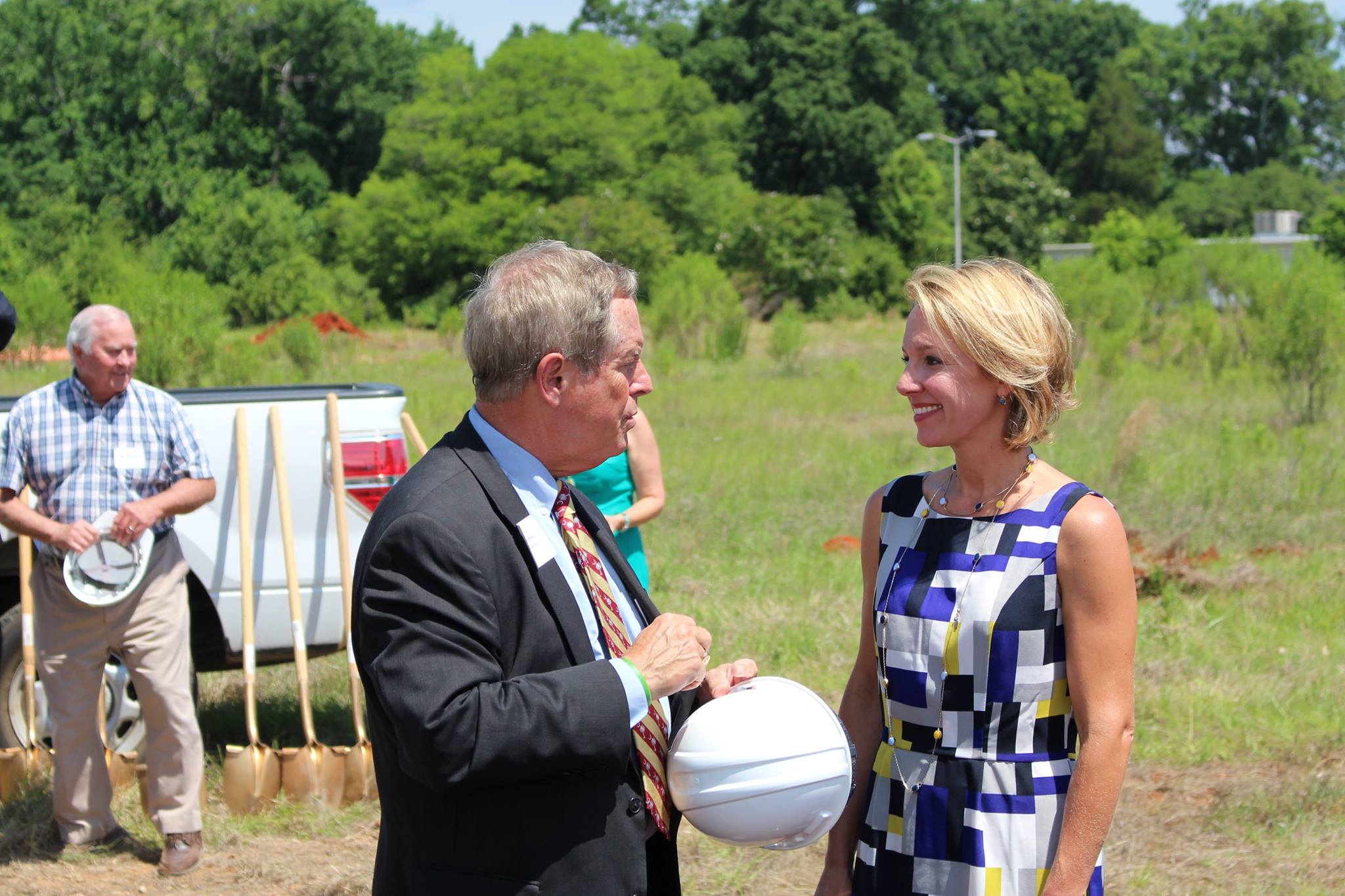 This website doesn’t make a habit of trolling the Facebook pages of South Carolina government bureaucracies, but we may soon make an exception when it comes to the Facebook page for the S.C. Department of Health and Environmental Control (SCDHEC).

What’s got our radar up?  Well, while our founding editor was vacationing on Pawleys Island, S.C. earlier this month SCDHEC director Catherine Templeton – whose name is being more frequently mentioned in connection with a 2018 statewide bid – paid a visit to the S.C. Criminal Justice Academy.

Her official reason for attending?  Honoring a law enforcement officer at her agency who was receiving a statewide award.

Afterward, however, Templeton – a concealed weapons permit (CWP) holder – slipped off her heels and paid a visit to the firing range. 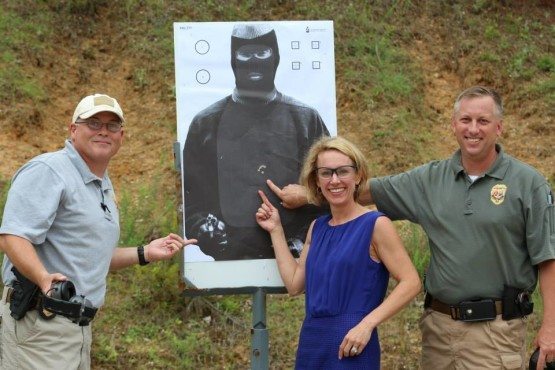 “She wasn’t even using her own gun,” one of the law enforcement sources who witnessed Templeton’s arms-bearing noted.

Of course the weapons on the shooting range aren’t the only “guns” on display at SCDHEC’s Facebook page … another image (from a dirt-shoveling ceremony at a Midlands area nature park) offers a glimpse at another weapon in Templeton’s arsenal.

Check it out, people (fifth from left ) … 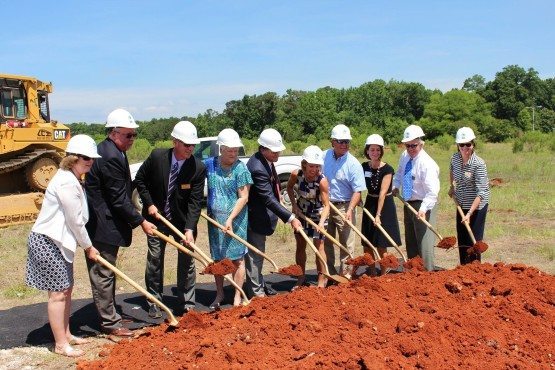 Somebody call Ron Burgundy … because you just got two tickets to the “gun show.”

This website, as longtime readers (and the subject of this post) no doubt recall, was merciless in its criticism of Templeton during her stint as director of the S.C. Department of Labor, Licensing and Regulation (SCLLR).  We also opposed her bid to lead SCDHEC – disappointed by her prior record as well as her decision to “plead the fifth” regarding Gov. Nikki Haley’s controversial appeasement of Georgia’s port expansion plans.

You know … the “Savannah River Sellout.”

In recent years, though, Templeton has won us over … not because she’s hot (although that helps), but because unlike almost every other powerbroker in state government, she’s consistently looked for ways to cut – not expand – her bureaucracy.

If she can bring that sort of perspective to bear on a statewide bid – in contrast to Haley’s hypocritical expansion of government – Templeton will continue to find a receptive audience in us.

Oh, and let’s hope that in addition to being a better shot than Haley, Templeton handles Second Amendment issues better than the governor.