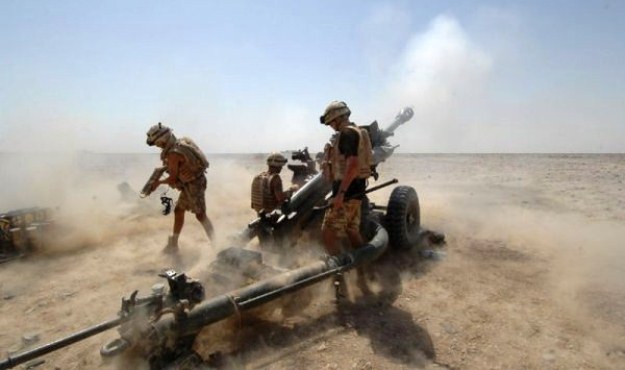 AMERICAN TROOPS HEADED BACK TO BAGHDAD …

U.S. President Barack Obama – who called the second American crusade to Iraq “the wrong war” and who hailed the withdrawal of U.S. troops in 2011 from the country as a signature accomplishment of his administration – is sending U.S. troops to Iraq.

Specifically, Obama will dispatch 300 military advisors to the region to assist in the training of Iraq’s state-run military – which is being overrun by an al-Qaeda inspired force.

Or … Obama could be sending the advisors to help the military launch a coup against its democratically elected leaders, judging by all the “regime change” talk coming out of Washington, D.C. these days.

“It’s not our job to choose Iraq’s leaders,” Obama said in announcing the latest troop commitment.

Really?  Then why are we doing just that … again.

“Make no mistake … this is a provocation in search of an escalation, a move Obama hopes will spark a confrontation capable of rallying a war-weary America behind yet another failed, costly intervention,” we wrote earlier this week.

Seriously … all that’s left at this point is for an al-Qaeda assault to end in the death of an American soldier and – BAM! – America’s fear-mongering war gods will have the third crusade in Iraq they are so desperate for.

Oh, and while the latest American intervention will require the approval of the Iraqi government – America’s elected representatives will have no say in it, apparently.  That’s because U.S. minority leader Nancy Pelosi (D-California) told Obama he did not need congressional authorization to send troops to Iraq in the event he believed our “national security” was at stake.

And while Obama vowed to “consult with Congress,” he did not indicate his intention to seek a vote authorizing his actions.

America Needs To Stay Out Of Iraq