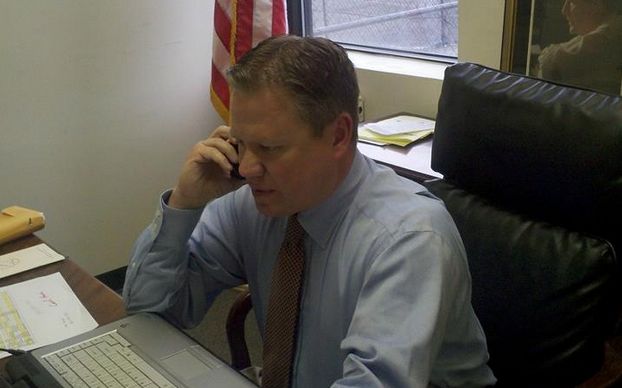 There’s an old joke in Palmetto political circles about why the Campbell boys (a.k.a. the two politically inclined sons of the late Carroll A. Campbell, Jr.) have yet to find success the arena their father dominated in the 1980s.

“Mike’s too short, Tumpy’s too dumb,” the joke goes.

On the Democratic side is fiscal moderate Bakari Sellers – who has been leading the charge against GOP plans to raise the state’s gas tax.

Does Campbell have a chance?

In fact he’s put together an impressive team of operatives to manage his bid (there’s an “all the king’s horses” joke in there somewhere, we just couldn’t find it).

Then there’s the guy who assembled this team – Campbell’s top consultant Hogan Gidley.

He’s also a friggin’ beast in the gym, ladies …

So … can this assemblage of talent lift Campbell through a brutal GOP primary against two well-funded opponents?

Desperate Democrats Have A Plan For 2014

Nothing here to help a voter to decide. Perhaps you might discuss some significant details like his accomplishments or platform.

He is Carroll Campbell’s son and he has a R after his name. What more could you possibly need to know?

How come consultants can have losing pedigrees and still be considered rainmakers?

thats alot of money to spend on a useless position

Campbell, as every other politician who has held the seat, is going to use it as a stepping stone. Not that the guy will win or anything, though. Even with all of those consultants taking his money.

‘Try’ to use it as a stepping stone.
It never works, but our guys just keep trying.

Most of the old guard who long for the days of Carroll Campbell are probably more inclined to support Henry McMaster than Carroll’s own son. The Campbell name has been out of office for two decades so its not inconceivable that Mike should just find a legislative seat to run for.

If Mike is the smart one, then we should all be worried. He is the one who couldn’t manage to finish college despite the fact his dad was governor at the time, right? Or am i remembering that one wrong.

Alex Stroman just quit as PR guy for douchebag Curtis Loftis last week. Alex says that Curtis is a complete moron and did not want to continue to work for him. Alex is a good guy, Curtis is again, an incompetent boob.

Curtis and Alex are friends. Curt is friends with Alex’s parents. Alex helped on Curt’s first campaign. Alex loves campaigns, not so much for government service. Alex is happy so Curt is happy.

Ain’t the way I heard it. Heard there was a major falling out last week. Got this from a STO insider who heard the whole row.

well then either you or he are a liar. I know them both very well. You can hate Loftis all you want, but leave Alex out of it.
They are on fine terms. Call them and ask.

You seem to be overly defensive about my post. I really can’t understand why since nothing in my post can be interpreted as hating Loftis. Like a lot of things you read on the internet, the information is only as good as the source and I have no reason to not believe someone who works in the Treasurer’s office.

I may defensive because I like Alex and don’t want him scammed by some anonymous poster. You can call either Alex or the Tras. so go to it. Ask the guys involved.

Why are you getting upset over a comment on a site such as this? It doesn’t take a rocket scientist to determine there was something going on between Alex and Curtis. Why else would a young fellow leave a $75,000/year salary to go work for a political campaign that can’t pay him anything close to that figure. In addition to that fact, if Mike Campbell loses the primary, Alex is left unemployed at least until someone else picks him up. No slam on Alex by any means. Nobody can stomach working with Loftis. Alex isn’t the first. As a matter of fact, he’s the third in less than a year. Loftis is a disgrace to our state. It’s a good move on Alex’s part to distance himself from the likes of Loftis, don’t want that kind of reputation rubbing off.

Of course they are both saying its all good. One is delusional and in denial, and the other is too much of a professional to say otherwise. I’ll let y’all figure out which one is which.

— gawdamightydamn, here we go again!! Where do you get the Sellars bumper stickers?

Just what we need, another GD birthright politician.
“My daddy was elected to high office so you need to elect me, too.”

if only people would remember some of the names that filled the Campbell administration, their testimonies, the allegations that surfaced as a result of Lost Trust and the relationship he had with Ron Cobb then this midget would never appear in daylight. But we do live in the age of Sanford and Ravenel.

US Rep Tom Rice is leading his “finance team?” it’s good that his $164k a year Congressional job gives Rice that much free time.