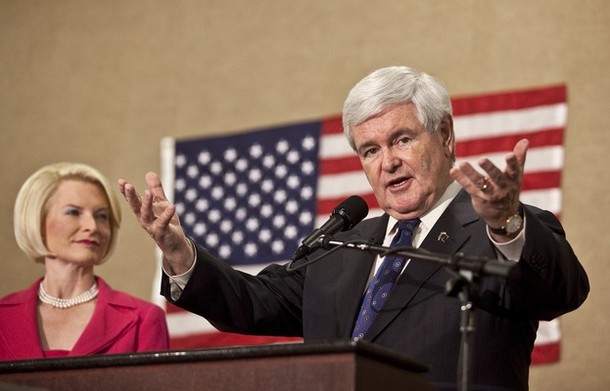 THE “SOUTHERN STRATEGY” WILL RISE AGAIN!

Former U.S. Speaker of the House Newt Gingrich is weighing in on a South Carolina education race – backing the widow of race-baiting GOP strategist Lee Atwater in her bid for S.C. Superintendent of Education.

“She has a big heart and a good head,” Gingrich said in the spot, referring to Atwater as a “personal friend.”

“We’ve known each other for a long time,” Gingrich said.

Atwater – a former federal educrat – has extensive GOP establishment connections in Washington, D.C. thanks to her late husband, Lee Atwater.

As such, we suspect this won’t be the first big-name endorsement she rolls out in her campaign … assuming other prominent elected officials like Gingrich are willing to overlook Lee Atwater’s controversial legacy.

“Newt Gingrich is a close friend and his support today means the world to me personally and our grassroots conservative movement here in South Carolina,” Atwater said. “Newt’s strong support will bring more attention to our growing grassroots momentum for the June 10th primary.”

Atwater’s late husband is famous for pioneering the “Southern Strategy,” in which GOP candidates learned to more effectively message their deep-seated racism.