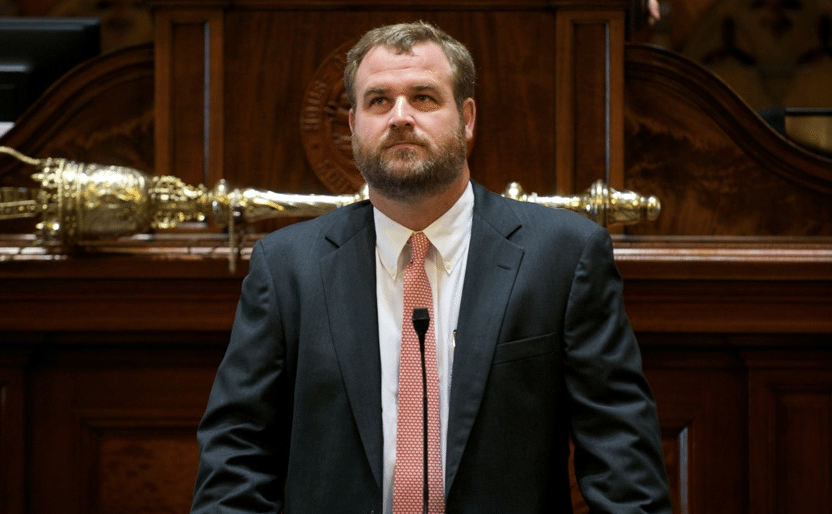 Kirkman Finlay is a big guy … a burly guy. A guy with a reputation for unapologetic bluntness.

That’s why plenty of people at the S.C. State House don’t like him … and why he’s become one of our favorite new members of the S.C. General Assembly.

Well, that and his leadership on real ethics reform (not the watered down crap pushed by “Republican” Gov. Nikki Haley).

Anyway, the freshman state lawmaker (and former city councilman) from Columbia, S.C. showed some rare emotion last week when he strode to the well of the House to discuss the plight of Hakim Frazier-Harris – a two-sport star at Dreher High School who was recently stricken with cancer.

Harris is a graduate of Epworth Children’s Home – an orphanage in Columbia, S.C. that Finlay’s family has supported for years.

Epworth graduates are well-regarded around the state – with 85 percent of them earning honor roll status at the schools they attend.

“Last year while playing basketball Hakim had a pain in his knee,” Finlay told his fellow House members. “At first he thought nothing of it but the pain persisted for several days. Hakim went to the doctor and was diagnosed with cancer in his knee. He was set to attend S.C. State (University) and was looking forward to beginning the next phase of his life.”

According to Finlay, Harris’ cancer forced him to defer college for a year to seek treatment.

“I am happy to report that his treatment is progressing well,” Finlay said.

One lawmaker told FITS she thought she saw Finlay “get a little teary eyed” during his floor speech honoring Harris.

A Finlay advisor dismissed that claim.

“Kirkman Finlay’s tears are like Chuck Norris’ tears,” the advisor said. “They could cure all sorts of things – but neither man has ever cried.”

Oh well, we wish Harris all the best … and props to Finlay for his efforts to provide scholarship money to deserving low-income kids.