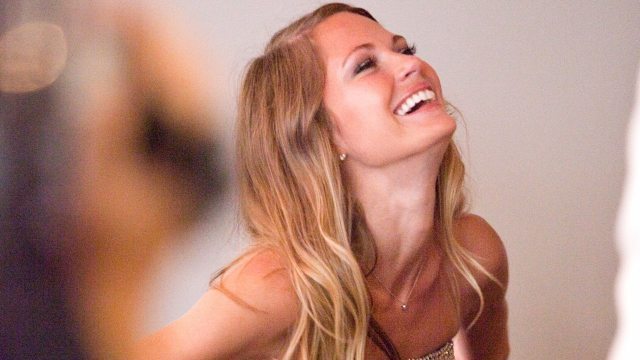 And yes, to answer the burning question of the day FITS founding editor Will Folks (a.k.a. “Sic Willie”) reportedly does have a cameo in the program – although we have no doubt he’ll wind up on the cutting room floor given the superfluity of gorgeous people on the program.

Before it aired, Southern Charm had already infuriated much of the Holy City’s old money (not to mention its new media) … with a recent feature story in Reuters laying bare the derision being heaped upon the program in its own backyard.

“These guys are going to make Charleston look like a city full of drunken, promiscuous snobs and nothing could be further from the truth,” local advertising executive Prioleau Alexander told Reuters’ Harriet McLeod. “Of course we’re a completely drunken city, but we don’t get drunk on TV.”

Charleston’s “cultured” are aghast, though …

“No one of breeding would consent to such a spectacle,” one old money Charlestonian told FITS, doing her best to channel Downton Abbey’s Dowager Countess of Grantham.

For his part, Ravenel isn’t worried about how the show portrays him – or his city.

“I can’t embarrass anybody but myself,” he said. “Charleston is a backdrop to this drama. A setting. It’s visual scenery.”

“They may have perfect families or blemish-less backgrounds – but what are they doing after they get elected on all that cookie cutter goodie two shoes nonsense?” he asked. “They enrich themselves while bankrupting future generations of taxpayers. They are robbing your kids and your grandkids.”

Southern Charm premieres on Bravo Monday evening at 10:00 p.m. EST. Grab your favorite adult beverage – and your indignation – and enjoy!

SC Governor’s Race: What. We. Said.

Kill your televisions people. Anyone watching this trash is complicit in the decline of western civilization. #idiocracy #ouchmyballs

This does not “premiere” tonight. It has been on.

Those were ‘previews.’ Bravo is a marketing machine.

They’ve run the show at least twice in it’s entirety. That’s not a preview.

Then why don’t you call the Bravo network and let them know that tonight is not the premier, since you know so much you dumb bitch. I guess they got it all wrong and you know what they are doing better that they do. Tonight is the premier. http://www.bravotv.com/southern-charm

Wow! Lighten up, Francis… If Bravo called tonight’s show the second coming, that wouldn’t make the baby Jesus pop out of your TV. Brace yourself; sometimes media companies lie to prop up ratings (and profits). I know, hard to fathom…

I just said that four comments up.

Bless your dumbass heart. I don’t give a shit what you or they call it. I’m saying that they’ve played the first episode twice in it’s entirety before last night. Kiss my grits you angry f**k.

You are nothing but a hate-filled troll.

Was wondering if you would chime in Thomas. Curious if any of this “reality” is catching you by surprise. I imagine the editing can spin a story away from whats really going on. Did you find the first episode to be about what you’d expected or going somewhat a different direction?

It would have been nice if the producers had done background checks on these people before putting them on TV. JD (John David) Madison has an awful reputation in Charleston business circles and he’s featured throughout the show. If you don’t believe me go to http://www.charlestoncounty.org and type this guys name under Clerk of Court. A page of forclosures and lawsuits against him. Was it that hard for the producers to find this information out or did they not care?

I’m sure it wouldn’t have mattered one way or the other. Hell, one of them is a convicted cocaine distributor.

Maybe that’s exactly why they want him on the show? People don’t watch the Kardashians because they are upstanding people who live modest, innocent lives.

What…the Real World alum doesn’t do it for you?

I would probably set myself on fire if I ended up being aired on this show.

The show needs to set itself on fire to save the masses from the stupidity of it all.

Excellent! They would if they possessed a single shred of decency or honor, as the cliche goes, but of course, they do not. Much like the old maxim on self-awareness- the folks who need it the most will never have it, because they’ll never know they need it.

Shows like this only validate my decision to cancel cable.

A lot of the shows worth watching end up on Netflix anyways.

Two reasons I continue to pay that damn cable bill. HBO and ESPN.

Netflix..lulz…a lot of shows from 2004. Oldest content available for pay.

Like so much of that alleged “Reality” TV…it is disgusting, shallow and self-absorbed people…who are “famous” only because someone put a camera on them.

They are not interesting and have no character, except poor character. If they were ever charged w/ accomplishing something worthy, they’d be S#!t out of luck…Mommy and daddy have made life easy, w/ no hard choices to build these people.

Kinda reminds me of FITS…and the political class that so F#*ks up politics.

And what do all those disgusting, shallow, self-absorbed people have in common with Jerry Sandusky, Larry Craig and Mark Foley? They are all Republicans.

Yes Jack, and the dems have Robert Decheine, John Edwards, Gary Condit, Bill Clinton, Mel Reynolds, Wade Sanders, Barney Frank and the list goes on and on. What’s your point?

Sorry about your Duck Dynasty…

I don’t watch Duck Dynasty Idiot…but I’m glad that old dude Kicked your Gay @$$….and he was 100 percent right about you…

Will they set T-Rav on fire?

Maybe they’ll show the painful repair of the deviated septum.

Folks is even goofier looking on TV..especially when i think he was trying to be serious speaking to a convicted cocaine dealer about launching a political career.

Having been born < 1 mile where this show as filmed, I think it pisses me off more than it disgusts me.

Another point: what ‘ole money’ are you referring to? Wall Street types & former CEOs have taken over much of Historic Charleston, & home-grown billionaires (with names like Zucker & Bakker) not only have more scruples than this faux ‘society’, of “Southern Charm”, they’re worth 20-40 times more in assets than the Thomas Ravenels of this fantasy television program….No question that Ravenel’s money is totally legitimate, not from his family (reports: he built Jiffy Lubes, shopping centers in Atlanta, GA)…Meanwhile, the ‘Charlestonians’ weren’t able to pay property taxes in historic areas, so many of them move to theme parks like I’on in Mt. Pleasant, after selling their family properties….Reality bites, mythology sells, it appears…

T-Rav didn’t do himself any favors with this one.

You can see Will’s fat gut sticking out of his shirt when he’s talking to T-Rav on the show.
Gross!

How about his douche bag beard and bald head?

Haven’t seen such a concentration of douchebags since I went to the Carolina Cup. How old is Ravenel anyway? Seems a little old to be hanging around 20 year old guys and girls. The old rich loser angle plays well in Charleston. Everywhere else he’d just get laughed at.

SC proves again that trailer trash only usually lives in trailers.
With apologies to trailer . . . most of whom are at least authentic.

Real Ho’s of Two Notch ought to have higher ratings…

The photo makes the lady appear as if she is enjoying a bukaki party.

The show SUCKS. Will was okay. T-Rav have a political future proves the show is fiction

The show will be off the air soon enough.