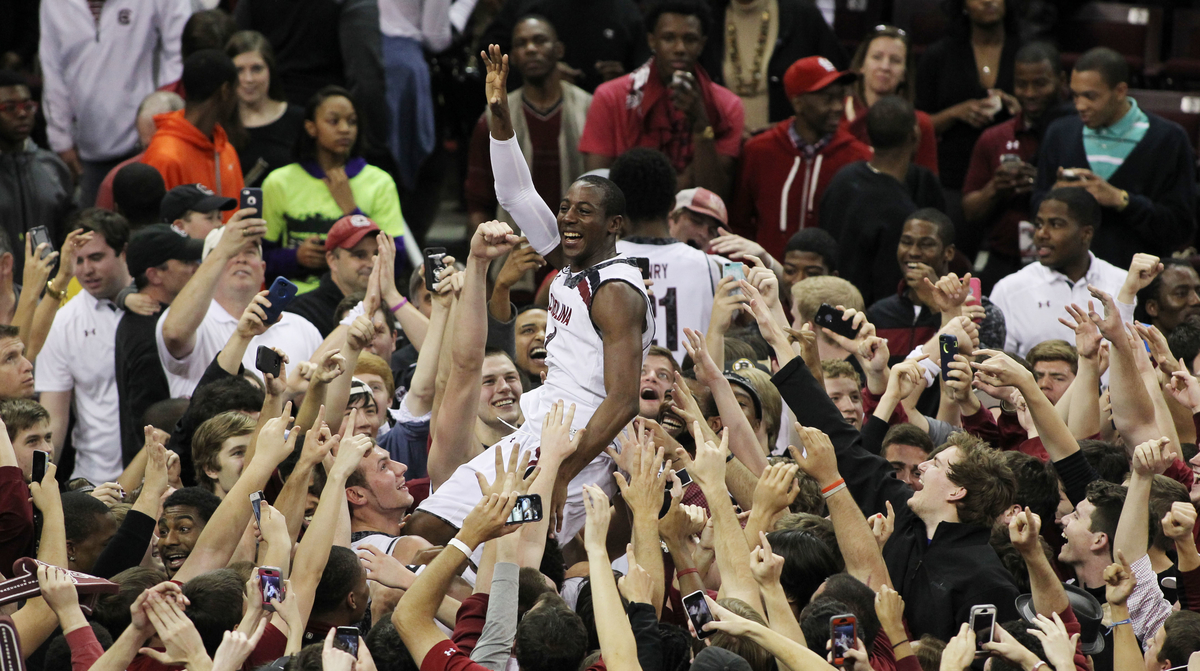 University of South Carolina fans must be living right …

Not only did the school’s third-ranked baseball team break out the brooms with a three-game sweep over arch-rival Clemson in the “Reedy River Rivalry,” but the Gamecocks’ struggling basketball squad posted its first win over a ranked team in three seasons – upsetting No. 17 Kentucky in Columbia.

On the diamond and hardwood there was no shortage of drama …

But coach Chad Holbrook’s team proceeded to rip off four consecutive two-out hits – plating four runs in the process. After junior right-hander Cody Mincey retired all three Tigers in the bottom of the ninth inning, the Gamecocks had an improbable sweep – extending their baseball dominion over Clemson and running their record on the season to 10-0.

Dating back to 2007, South Carolina has posted a 23-8 record against the Tigers.

Meanwhile Gamecock hoops hasn’t had much to cheer about for several years, but second-year head coach Frank Martin finally got his first signature win over the Wildcats on Saturday.

South Carolina (11-18, 4-12 SEC) raced out to a 48-32 lead early in the second half over Kentucky – but head coach John Calipari’s team stormed back and cut the lead to one point in the final half-minute of the game. Martin’s squad was able to escape with the upset win, though, thanks to a pair of clutch free throws by freshman Sindarius Thornwell – prompting Gamecock fans to storm the court for the first time since beating then-No. 1 Kentucky back in 2010.

Can lightning strike twice? We’ll find out Tuesday when the Gamecocks welcome top-ranked Florida to the Colonial Life Center …

Speaking of that showdown, the school will honor former quarterback Connor Shaw – who helped lead the Gamecocks to three consecutive 11-win seasons – at halftime of the Florida game. USC football coach Steve Spurrier will also be in attendance.

Shaw finished his Gamecock career with a 27-5 record as a starter – including a perfect record at home and in bowl games.