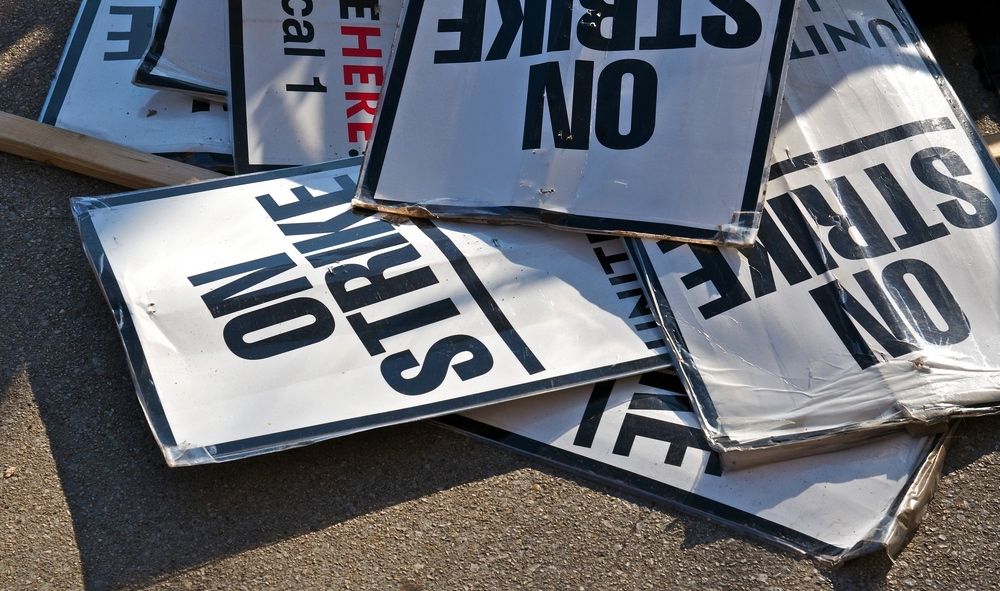 IT’S ALL ABOUT UNIONS …

By Nathan Mehrens || President Obama’s decision to bypass Congress and raise the minimum wage from $7.25 to $10.10 for federal contract workers is a very big deal — and not just because it will force U.S. taxpayers to shell out more money on the same inefficiently delivered, often-unnecessary government services.

First, his power grab signals a remarkable new brazenness in his already contentious dealings with the legislative branch.  Not only that, it marks a sudden and stunning reversal of his previous position on this issue.

“This has always been done legislatively,” White House spokesman Jay Carney said last month when asked about raising the wage unilaterally, “and it has been done with support from Republicans and not just Democrats in the past.”

The President is doubling down on his far left economic agenda — shaking down American taxpayers in a shameless sop to organized labor (the prime beneficiary of his decision).  Why kowtow to the unions now?  Easy: The ongoing Obamacare debacle has exposed a serious, potentially debilitating political rift between the administration and union leaders — who continue to voice their “bitter disappointment” with the implementation of the new law.

Using our money, he is now effectively trying to buy Big Labor back into the fold: Knowing full well the coffers of dozens of vulnerable Democrats depend on it.

If you are thinking, “Why don’t they just raise the minimum wage to $50 an hour. then no one would be poor and we could do away wit all these expensive social programs.”…you are too short for this ride.

To understand limiting wealth and influence at the top, and poverty on the bottom, one’s intellectual legs should reach all the way to the ground.

The reason why proponents of raising the minimum wage selected $10/hour is because it has been that high before if you adjust for inflation. Regardless of whether or not it should be that high now is up for debate, but they aren’t pulling that number out of their ass.

If you want to get working people off of welfare, start taxing large employers who don’t pay them enough to be self-reliant. If Walmart, for instance, had to pay an employee dependency tax that helped pay for the groceries, medical bills, and other bills they can’t afford with their shitty paychecks, maybe Walmart wouldn’t hand out shitty paychecks? Of course, lots of these corporations lobby heavily to make sure something like that would never happen.

Or, we could abolish the minimum wage entirely, because we all know the only way to help the poorest workers is to make it possible to pay them even less.

Walmart has the capital to comply with higher minimum wages. Entrepreneurs and small businesses do not. Minimum wage is a boon to Walmart because it stamps out the competition. Competition, you know, that thing that makes capitalism viable?

Everyone is different, but I would definitely prefer working for $5/hr at a local shop than $10/hr at Wally World. At Walmart, I’ll get small automatic raises like $0.25 a year, regardless of job performance. At the local shop, I’ll be rewarded for working hard and being more productive. Production, you know, that thing that creates wealth?

You even concede that a one size fits all policy does not work. Setting minimum wage is not an enumerated power in the Constitution. But the Constitution emphasizes the importance for states’ rights.

Bottom line is that minimum wage guarantees that the least employable will be unemployed, permanently. How this equates to compassion to the poor is leftist sorcery.

At the local shop, I’ll be rewarded for working hard and being more productive.

You’ll do fine in the zombie apocalypse- they’ll walk right past you.

——-
pales in comparison to big money’s government influence, and the inhuman company “person”

shaking down American taxpayers in a shameless sop to organized labor
——-
Walmart is organized labor, only their idea is to shake down taxpayers to subsidize their union, instead of paying for it out of the profits of their endeavor.