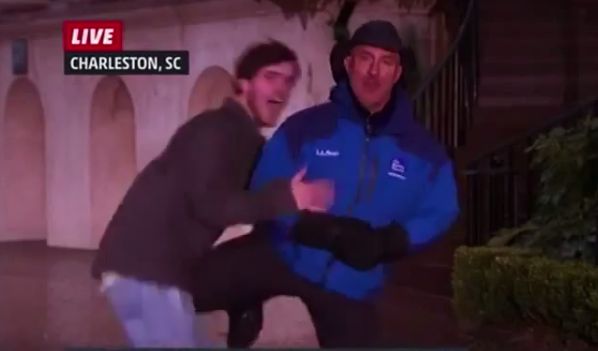 … AND READY FOR WOULD-BE HECKLERS

The Weather Channel’s muscle-bound meteorologist Jim Cantore is back in South Carolina – arriving in the capital city of Columbia, S.C. this week to report on Winter Storm Pax.

Free advice? Do not attempt to bum-rush his live shot …

Cantore added “viral internet sensation” to his resume last month – delivering a well-timed knee to the midsection of an onrushing heckler while reporting live in Charleston, S.C.

Missed that? Yeah … it was a “great day in South Carolina.”

Why is Cantore in Columbia? Because it turns out the Palmetto State’s capital city could be ground zero for an epic ice accumulation – which is bad news for Midlands residents who enjoy having their power on.