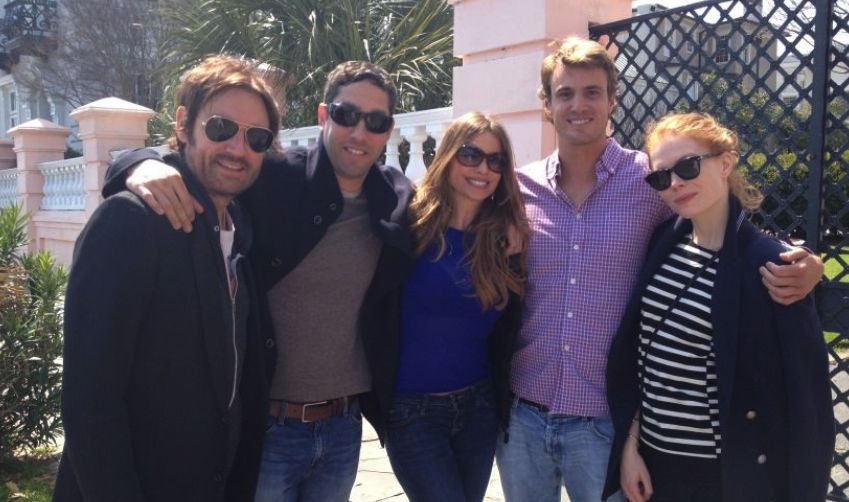 Thomas Ravenel isn’t the only dashing aristocrat from the South Carolina Lowcounty tapped to appear in Southern Charm, a new reality TV series approved for production by Bravo.

FITS has learned that Shep Rose (above, second from right) – nephew of former S.C. Department of Public Safety (SCDPS) director Boykin Rose – will also be one of the stars of the new series, which is set to begin filming next month. Also starring? Whitney Sudler-Smith, one of the show’s executive producers.

Sudler-Smith is the son of Patricia Altschul, a former Manhattan (now Charleston) socialite who purchased the city’s historic Mikell House in 2008 for a cool $4.8 million. His cousin is engaged to actress Sophia Vergara (above, center).

Expectations for the new show – which features Planet Hollywood mastermind Bryan Kestner as one of its executive producers – are already building.

“We swoon for a good ol’ southern boy so we cannot wait to see some real southern charm and southern belles with the most amazing hair and accents, like, ever,” OK Magazine noted.

News of the show has also generated tremendous buzz in the Palmetto State – particularly among the state’s political class. Ravenel, a former S.C. State Treasurer, is the son of former U.S. Congressman (and later State Senator) Arthur Ravenel – whose name is emblazoned on the Holy City’s iconic suspension bridge.