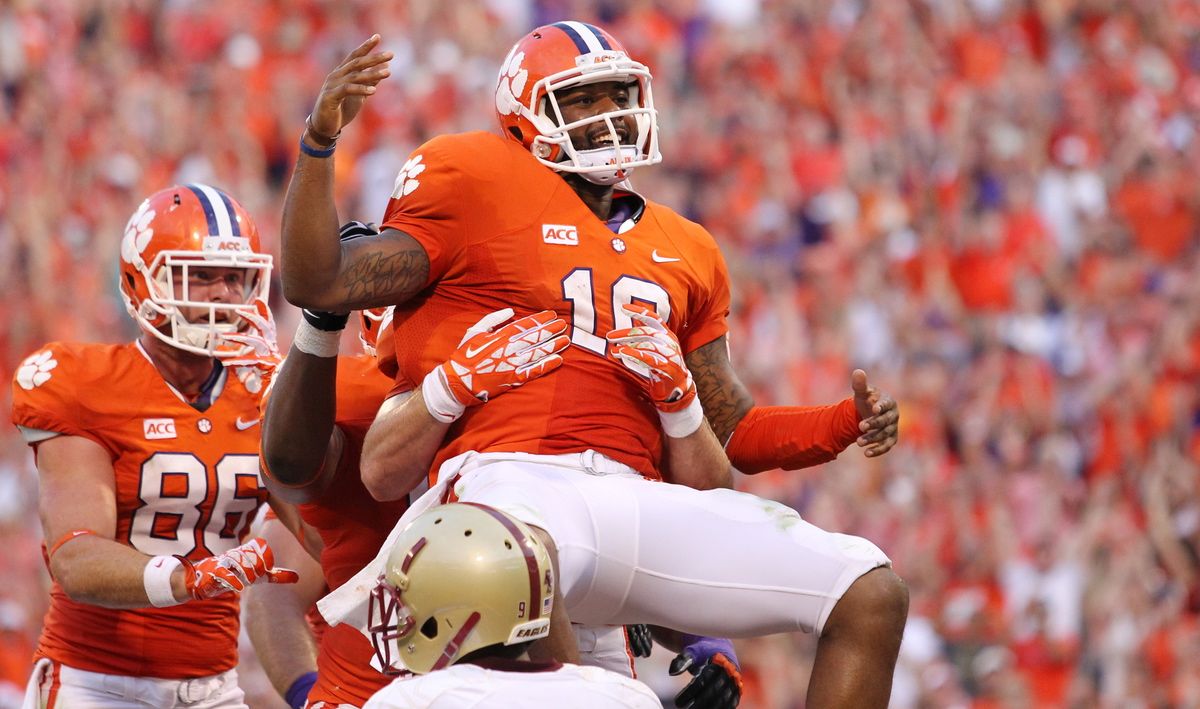 Boyd’s 76-yard touchdown pass to wide receiver Martavis Bryant in the second quarter was the 96th of his career – breaking the previous career mark set by former N.C. State star Philip Rivers from 2000-03. Boyd extended the record later in the game with a 44-yard strike to wide receiver Sammy Watkins – who crossed the 1,000-yard mark in receiving for the second time in three seasons.

It was a big night all-around for the Tigers (9-1, 7-1 ACC) – who are locked out of the ACC championship game but still in line for a possible at-large Bowl Championship Series’ bid.

Boyd gave the crowd of 75,000 at Death Valley a scare when he left the game at the end of the third quarter with a shoulder injury.

Fortunately for Tigers fans, Boyd was diagnosed with a bruised sternum and collarbone – and is unlikely to miss any time.

This website had its share of fun at Boyd’s expense in the past, but over the last two seasons he has clearly emerged as one of the nation’s elite college passers – not to mention a legitimate NFL prospect (possibly even a first round pick).

Props to Boyd on his milestone …  and an amazing career at Clemson.