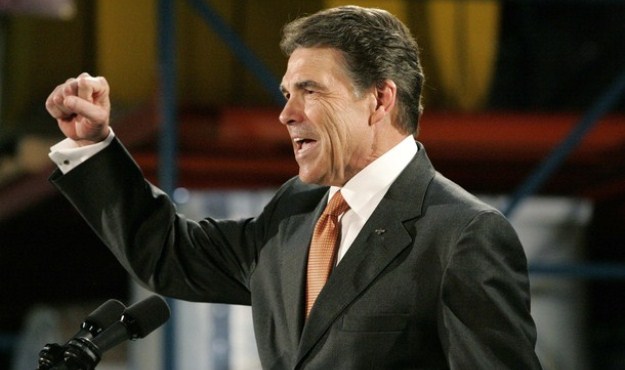 Texas Gov. Rick Perry’s 2012 presidential campaign was all the rage … until it wasn’t.

After opening up a 20-point lead on the GOP field in the fall of 2011, Perry stumbled badly in a series of early debates – and by the time the Iowa Caucuses rolled around in January he had become a second tier candidate.

Perry dropped out of the race just two days before the pivotal (or formerly pivotal) “First in the South” presidential primary – endorsing the failed bid of former U.S. Speaker (and socialized medicine supporter) Newt Gingrich.

Anyway, Perry is headed back to South Carolina this month … and local Republicans are greeting him like a conquering hero.

“Governor Perry’s strong record on jobs and economic growth is one that Washington D.C. should strive to emulate. His conservative leadership in a large, diverse state is impressive,” SCGOP chairman Matt Moore said in announcing Perry’s December 3 visit to Spartanburg, S.C. for a party fundraiser.

Perry is helping raise money for the 2014 Republican “victory” effort – which is the party’s general election voter registration, identification and motivation campaign.

And based on the SCGOP’s cash crunch, every penny is critical.

Just In Time For His US Senate Announcement …