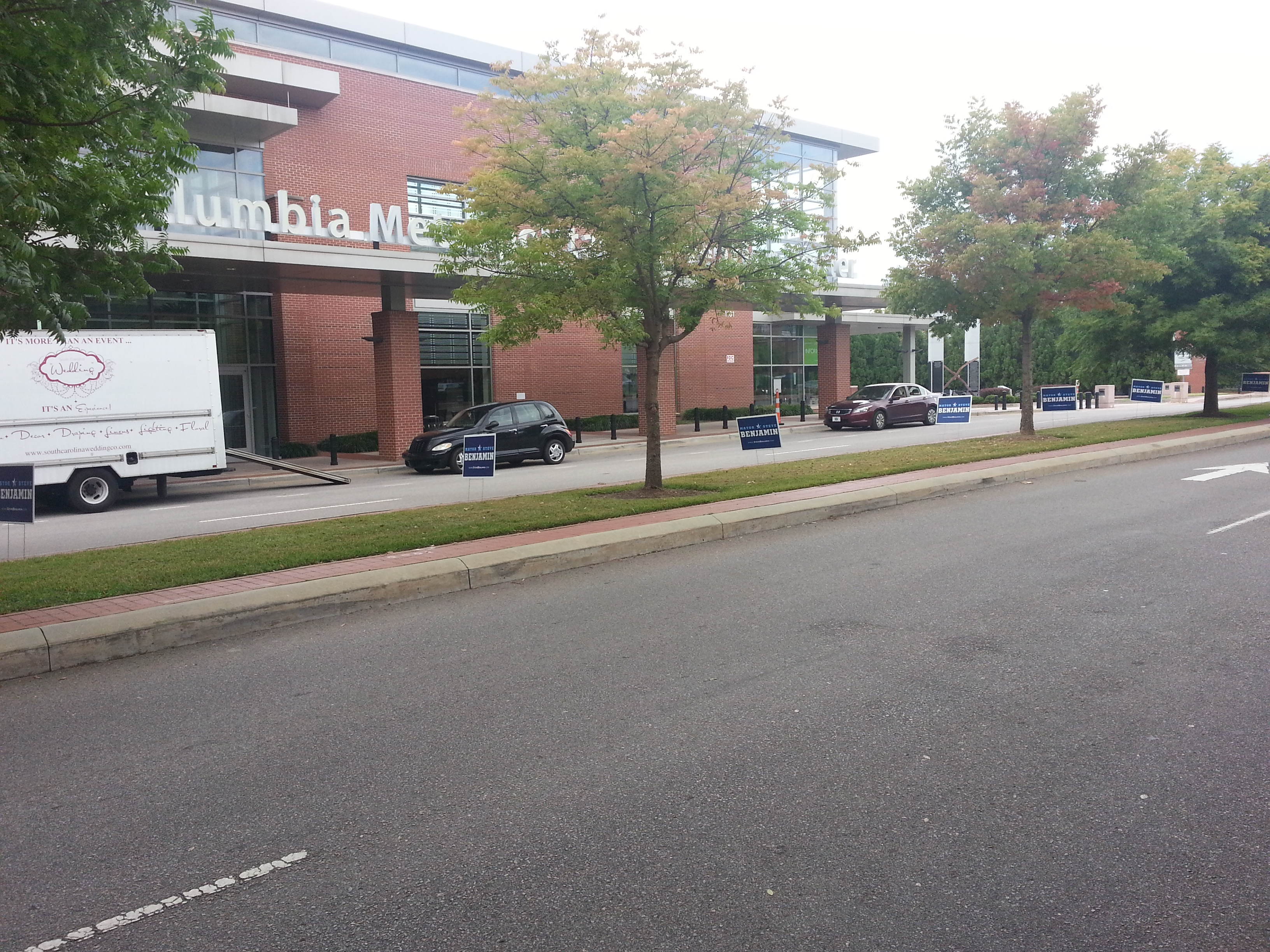 You may have noticed mayor Steve Benjamin’s signs around town. It’s hard not to as most of them are illegally placed on public property. City law – as set by council – states that all political signs must be on private, not public property. As a former candidate in the last mayoral race, I was informed by the city of that. However, Benjamin keeps putting his signs on city property, as seen all around town and in the pictures included below.

He may say that he did not know, but that would be impossible as the pictures from the Tomato Fest at City Roots show them at roads leading in and out. All roads in/out were covered with his signs, and he was at the fest, so when he left, he drove past them. Of course, he also had to drive in past them.

He is above the law.

Joe thanks for your email. You’re a little kooky, but you do the people of Columbia an invaluable service by staying in the face of these hoodlums. Keep it up. As to your point about the signs you have to figure if he’s going to break big laws habitually why not break the little ones too?

If You Care About Mount Pleasant