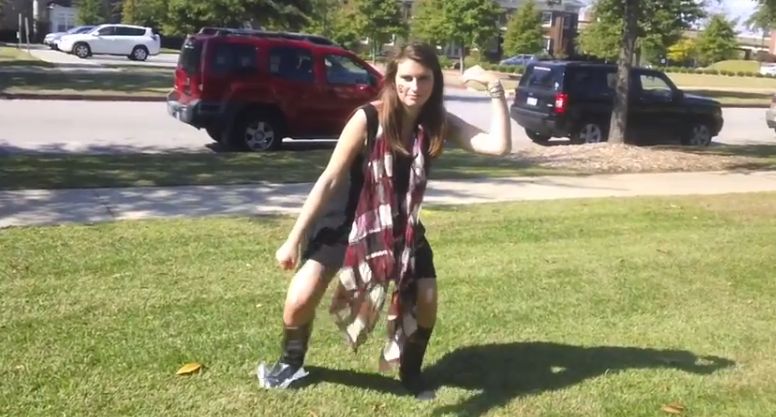 So this is Kate Bickley. She’s a Kappa Delta at the University of South Carolina.

She’s famous today … for all the wrong reasons.

Bickley is the star of a web video produced for a sorority homecoming competition in which she endeavors to become South Carolina’s “No. 1 fan.” Set to the tune of Miley Cyrus’ “Wrecking Ball,” Bickley’s version of the song – which actually won the homecoming contest – is not exactly drawing rave reviews.

Seriously … to say this video is an atonal nightmare is perhaps the greatest compliment we could ever pay it. In reality, it is nothing short of an auditory holocaust – a criminal assault on your ear drums that will make you fall to your knees and beg for deafness.

And that’s before you get to the “remix.”

“I have no f*cking idea what I watched,” Brandon Wenard at BroBible wrote. “Gamecocks, you proud?”

More to the point, how did Wenard – or anyone – actually make it through this entire two-minute clip? The singing starts at the sixteen-second mark and by the nineteen-second mark we were already begging for one of U.S. Sen. Lindsey Graham’s al-Qaeda buddies to chop our heads off.

Anything to make it stop …

We used to think the soundtrack in hell would be comprised of a rotating medley of Abba singles set to infinite repeat. Now we know it’s this girl.