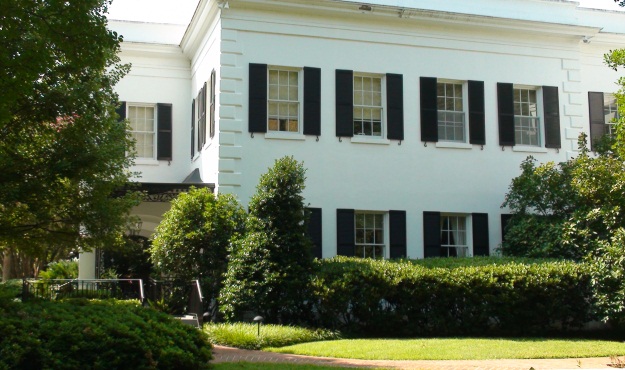 S.C. Gov. Nikki Haley is facing criticism for using the “people’s house” to conduct fundraising activities on behalf of her 2014 reelection campaign.

“Using the Governor’s mansion grounds for a campaign fundraiser, at best, violates the spirit of the state’s ethics laws,” said Andrew Whalen, campaign manager for S.C. Sen. Vincent Sheheen (D-Camden). “This isn’t the first time Nikki has blurred the lines of what’s legal in South Carolina – flying campaign staff on state planes, using state vehicles to pick up out-of-state campaign cash, hiding income. The list goes on and on.”

We don’t disagree with Whalen’s critique. It not only fits a pattern of blurred ethical lines, but also carries on a tradition of Haley and her family abusing the taxpayer-funded perks of public office.

The mansion, in particular, has been ripe for the raiding.

In November 2011, the late Associated Press reporter Jim Davenport revealed that First Gentleman Michael Haley’s chef was using taxpayer resources to promote a private catering business. He also exposed efforts by Haley to build a climate-controlled wine cellar at the Governor’s Mansion in an effort to accommodate all of the incoming alcohol being donated to the mansion by one of the governor’s political appointees.

Michael Haley also pushed for the construction of a $15,000 “Shrimp and Grits Station” on the grounds of the mansion.

Meanwhile Nikki Haley required the mansion staff to bake cakes for her staffers on their birthdays – including a pumpkin pie for former chief of staff Tim Pearson who “doesn’t like desert (sic) except for pumpkin pie.”

Previous administrations collected money from staffers to pay for these cakes rather than requiring taxpayers to subsidize them.

All of these items are nickel and dime expenses in a $23 billion state budget, but they add up …

Of course the bigger question is this: Why are taxpayers subsidizing a mansion in the first place?

In the current state budget (FY 2013-14) taxpayers are shelling out $500,000 on the mansion even though the Haleys are maintaining a private residence less than fifteen miles away.

Does that make sense? Of course not.

Governors receive a taxpayer-funded salary of $106,078 a year – not counting benefits. They are also provided with round-the-clock security and taxpayer-funded travel – as well as free food and lodging for their family.

That strikes us as excessive …

We pay our governor’s nearly three times what the average South Carolina household brings in each year. They least they can do is pay for their room and board like the rest of us.

Privatizing the mansion and its grounds would not only save taxpayers $500,000 a year (at least), it would eliminate the sort of ethical problems raised by Whalen.

State leaders should look into that option … as should candidates who seek the governor’s office.