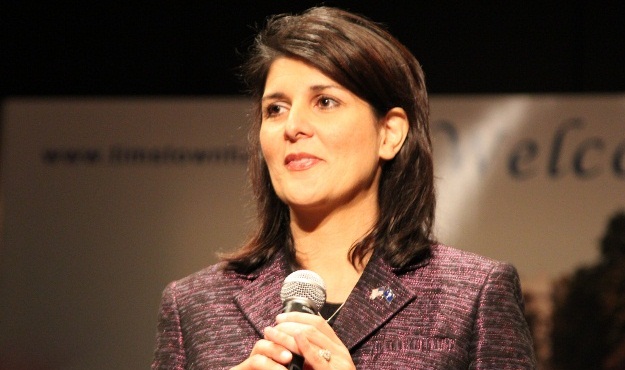 Another day, another indication that it’s not a “great day in South Carolina,” as Gov. Nikki Haley likes to say.

According to the nonpartisan Tax Foundation, the Palmetto State has slipped to No. 37 (out of fifty states) on the group’s “2014 State Business Tax Climate Index” – which measures a state’s competitiveness based on its corporate, income, property, sales and unemployment insurance taxes. South Carolina had ranked No. 36 on the index in each of the previous three years.

“While the (Tarheel) state remains ranked 44th for this edition, it will move to as high as 17th as these reforms take effect in coming years,” the Index’s authors noted.

South Carolina’s low ranking on this survey isn’t the only bit of bad news the state’s economy has gotten this year. In fact there’s been a steady stream of depressing data.

A report released earlier this year ranked South Carolina as one of the worst states in America try and make a living. Other recent reports showed the Palmetto State as having a terrible business tax climate as well as zero upward mobility for its citizens. Meanwhile our labor participation rate is at an all-time record low.

And while Haley has been adept at growing government and doling out taxpayer-funded goodies to select corporations, she’s fared terribly when it comes to creating private sector positions.

According to a report released earlier this summer, Haley ranked 34th out of 45 governors surveyed when it comes to private sector job creation (five governors were not ranked because they entered office in 2013).

The Ring: Sheriff Gets Ultimatum

Sure as fuck wouldn’t know it by her FB page. What a bunch of misinformed cheerleaders on that shit eating page.

I would have to say the same thing about Will Folks judging by what he keeps on this site that pops up in a Google search.

Yeah, I’m not kidding. YouTubers have been known to buy “subscribers” so why not politicians?

How is this possible…Nikki has broken the back of the unions in this state and that was the yoke on our neck.

Nice picture of the Gypsy Queen

First time I have notice how she grips the microphone

Holding it like it’s loaded. Don’t get it in your eye!

Race to the bottom!

Zero upward mobility is more of a function of our citizens’ motivation and education than a tax issue.

And why pillory the governor for something that is a legislative issue?

Will, aren’t you glad you broke up with her when she wanted to leave her husband for you? Glad you found a nice girl to marry.

She is a whore just like the other women who prostitute themselves with an affair.
They don’t only fuck their illicit lover they fuck their children too!

Re-electing most of these psycho self serving narcissist is a horrible mistake. just look at Obama! He and Haley are just alike, no difference.
Please people do not make the same mistake and re-elect Haley!
You can throw in Clyburn, Wilson, Graham, Harrell, leatherman, Peeler, Martin and most everyone else, except Congressman Gowdy and maybe Mulvaney. Sanford has already been an embarrassment, just give him a little more time and it will get worse.
Vote change people, change. We need fresh faces and new ideas. Not the same old tored worn out BS from these professional BSers!
No incumbent left behind!see more

Just another tea person politician who is clueless about economics or business!!