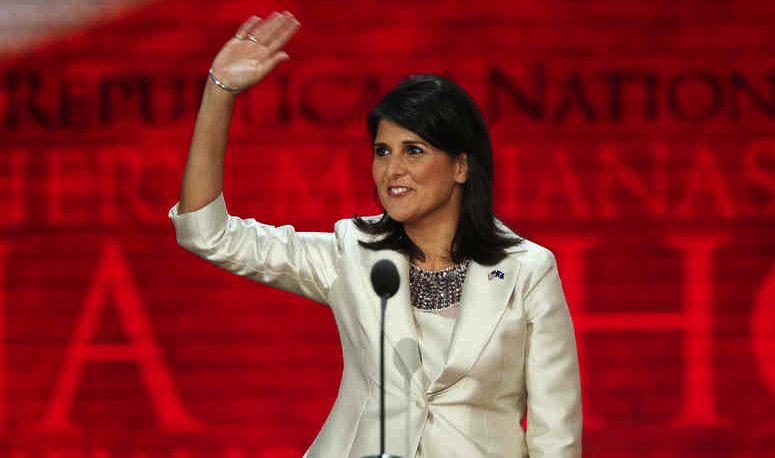 Democrats blistered S.C. Gov. Nikki Haley for showing up at a press conference with U.S. Vice President Joe Biden this week in support of government funding for the Port of Charleston.

“Nikki Haley raised the bar on her own personal record on hypocrisy talking about the Port in Charleston today – and that’s saying a lot,” said Kaye Koonce, the S.C. Democratic Party’s first vice chair. “Now that the cameras are on, Nikki Haley suddenly cares about deepening the Port of Charleston but when push came to shove, she sold us out for 20 pieces of silver.”

“Nikki Haley gave the competitive edge to Savannah in order to raise money for her reelection campaign,” Koonce said.

After promising to do a better job competing against Georgia, Haley instead hand-delivered a major competitive advantage to its government-run port. Not only did her decision aid Georgia’s taxpayer-funded port expansion plans (and diminish Charleston’s competitiveness), it killed off any chance for a public-private port facility in Jasper County, S.C. – home to the last remaining deepwater port location on the Eastern Seaboard.

In other words rather than letting the private sector create jobs in her own state, Haley obligated her state’s taxpayers to subsidize a government-run port expansion in a competing state.

And this woman campaigned as a “Tea Partier?”

Haley’s sellout was unanimously rebuked by the S.C. General Assembly and overturned by the S.C. Supreme Court – but the damage was done.

Panthers Can’t Hold On For Wins

“…any chance for a public-private port facility in Jasper County, S.C.”

Neither the SCSPA nor the GPA have ever allowed a “public-private port facility” on any property they own.

The only way to change that philosophy is to replace a majority of the board of the SCSPA, the GPA and the Jasper Bi-State Port Authority to get rid of anti-private-sector members like Stern, McMaster, Posek, Hassell, Bethea, and the rest. http://www.port-of-charleston.com/About/boardofdirectors.asp.

These guys pay Haley plenty in campaign contributions for those board posts, and they aren’t ABOUT to allow any “public-private port facility” in Jasper County.

This simply will not happen, and FITS still doesn’t quite get it. https://www.fitsnews.com/2007/03/11/fitsnews-exclusive-south-carolina-georgia-ink-deal-for-jasper-port/

Nobody opposed the renominations of McMaster and McKinney at the April 2011 Senate hearings. http://www.scstatehouse.gov/citizensinterestpage/ReviewCommissionOnSCStatePortsAuthority/ROCSPA_MtgNot5%205%2011.pdf

I hope that she seeks professional help when she leaves office. When a parent is mentally unstable, the children are the ones hurt the most.

Haven’t you figured it out?

To her children, I say….we don’t chose our parents.

Haley is a FRAUD and needs to go.
She has defrauded everyone from the Tea Party,
* Lexington Medical Canter,
* Wilbur Smith,
* The people of her House District,
* to everyone who voted for her in the State,
*the Charleston Port,
* all 3.2 million South Carolinians who had their Identities stolen by her incompetent management
* the poor unfortunate folks in Ninety Six South Carolina who were allowed to contract tuberculosis through her failed management at DHEC.
*Will Folks
*Larry marchant
*Michael Haley
And God only knows who else.
She is a fraud and a total failure.
SHE MUST GO!

Mark my words… she gets renominated and re-elected. All the sheep say “baaa.”

You got that right. The MSM reminds us she’s unique, special, wonderful, good for SC. Lots of people believe that shit.

True sarcasm! She ain’t nothing.

In addition to a lack of character, this governor is in short supply of two other items:

Did anyone see Michael Haley’s LAME adoption commercial on tv last night? Thought he was busy serving our great nation overseas. What a crock!