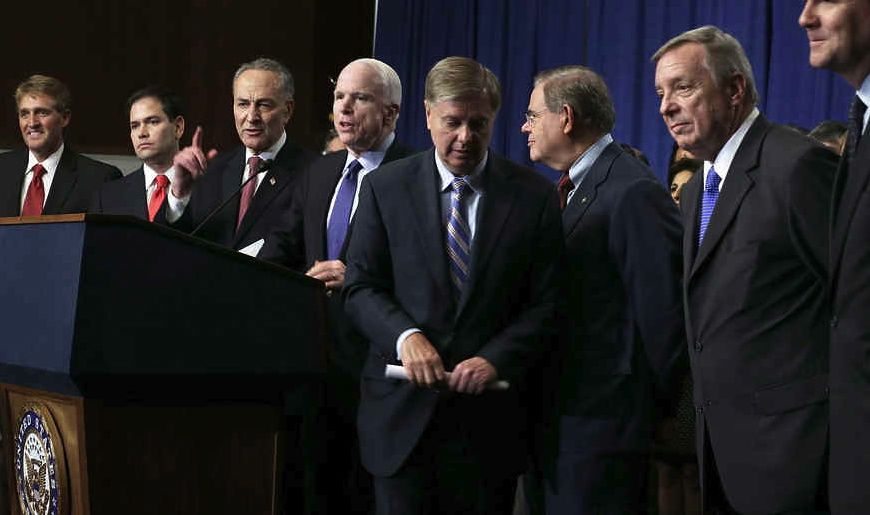 In light of a new poll out from Landmark Communications and Rosetta Stone Communications, no one is talking about Lindsey Graham’s re-election as inevitable – or anything close. In fact, given Graham’s long time incumbency, and his constant media attention, the numbers are embarrassing. Graham received support from only 42 percent of respondents, while late entry state Senator Lee Bright was second with 13 percent – ahead of two other challengers who had earlier starts. The survey of 500 likely South Carolina Republican voters was conducted on Sunday, August 25th and has a margin of error of 4.5 percent.

“The many years of promoting liberal policies and courting liberal followers is finally catching up with Lindsey Graham” said Bright, a favorite of Tea Party and liberty groups, adding that “his performance and obvious isolation from reality has driven a wedge between him and conservatives everywhere, especially South Carolina.“

Bright mentioned that Graham’s recent “ridiculous stances on not defunding Obama Care and on Syria have really alerted voters to his reality problem, which is why 60 percent want him to be retired.”

“The top line numbers are humiliating enough, and really bad news for an incumbent at his stage” said Bright spokesperson Edmund Wright, adding that “he can’t win with 42 percent, and at this stage of his career, he’s not likely to get any more popular than he is right this minute.” Wright mentioned that “the internals are even worse for Lindsey Graham. This is why we’ve been smiling at the so-called conventional wisdom from establishment figures insisting that he was a slam dunk for re-election.”

Graham’s only niche over 50 percent at the moment is the over 64 demographic, a group Wright said “is more likely to go along with the mainstream media early in a campaign, but the bad news for Graham is that SC primaries are not won by mainstream media support.”

Graham not only fell way below 50 percent in a four way race, but was unable to crack the 50 percent barrier in any head to head hypotheticals as well. “Lindsey Graham is definitely not trending” said Bright, who added that the results “demonstrate what we’ve said all along, which is that if we can get any kind of reasonable financial support, we will remove him from office. There’s no doubt in my mind.”

Mace: Where Is Your Senator?