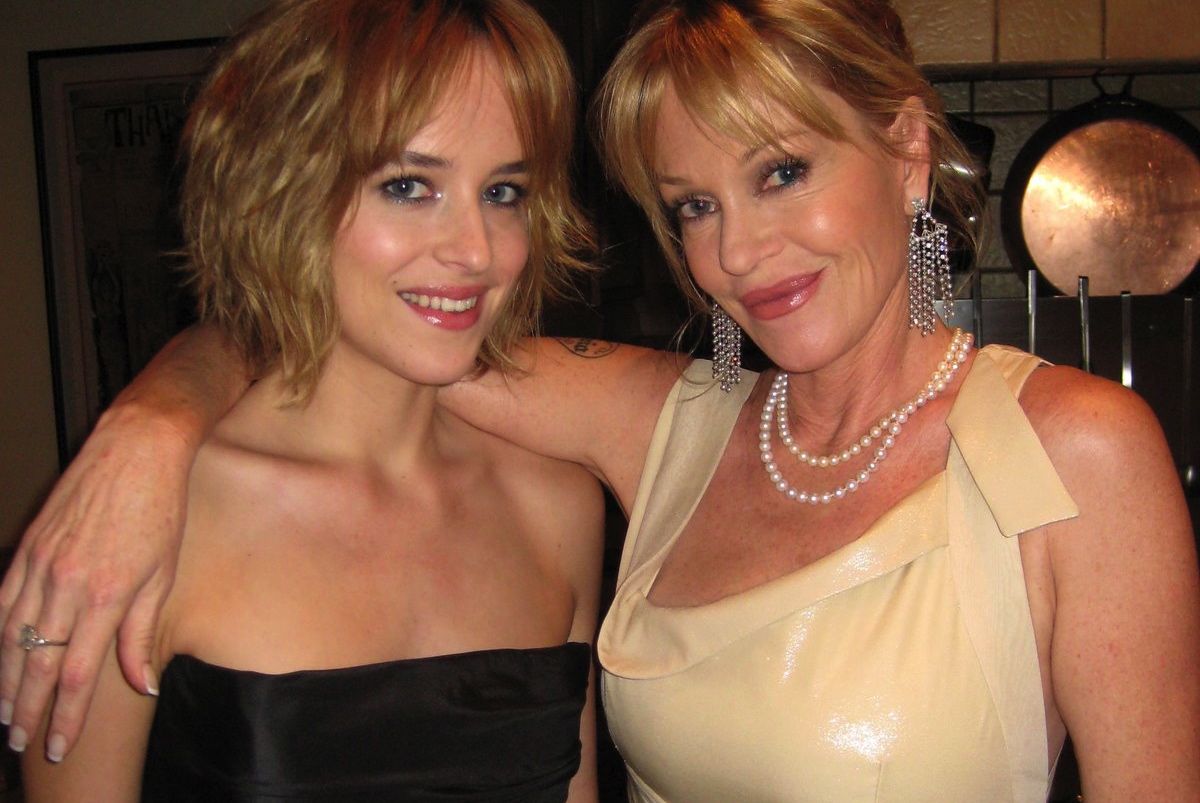 “My beautiful child Dakota has been chosen to play Anna Steele in 50 Shades,” Griffith tweeted on Monday. “Look out world! Here she comes!!!”

Johnson, 23, will star opposite British actor Charlie Hunnam in the movie – which starts filming next month and is slated for an August 2014 release.  In addition to a lead gig on Fox’s Ben and Kate sitcom, she previously starred in The Social Network – a Facebook biopic whose producers were hand-picked by James to manage this project.

One of those producers – Michael de Luca – tweeted that Johnson and Hunnam were “stunning” together and had “incredible chemistry.”

Fans of the series agreed.

“They nailed the casting,” one told FITS. “Nailed it.”

@fitsnews Ehh. The movie belongs on the Lifetime channel.

So Christian Grey won't be played by Alexander Skarsgard. It's official. Feeling #50Shades of Sadness… ????

Julie Chen’s Eyes Are Watching Us All

Miley Cyrus Did This …