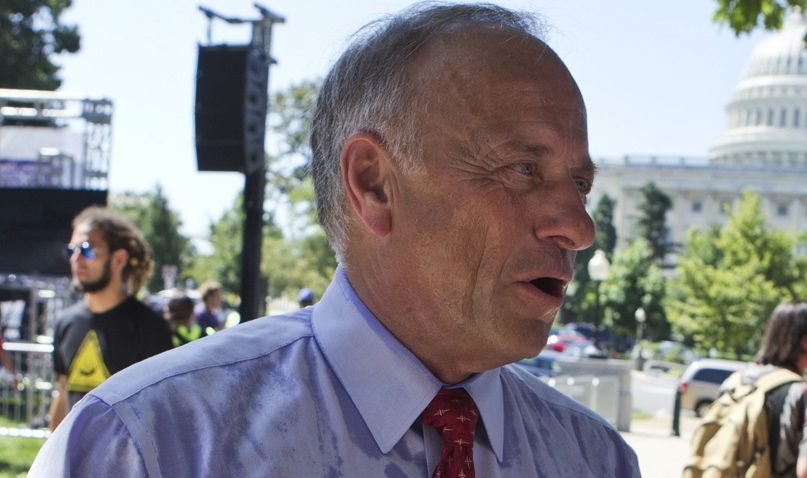 U.S. Rep. Steve King – a hardliner on immigration – will travel to South Carolina this month to address a private meeting of establishment “Republican” donors and a group of establishment GOP activists.

According to CNN, King will address GOP gadfly Mallory Factor’s Charleston Meeting on August 26. On the same trip, he will address an “invitation only” gathering of Republican activists organized by former Charleston County GOP chairwoman Lin Bennett.

It’s hardly a high-profile visit, but the 64-year-old lawmaker – who has represented Iowa in the U.S. Congress since 2003 – is likely to be well-received by Palmetto State Republicans, who are ardently opposed to amnesty for illegal aliens.

King caused a firestorm on the immigration issue earlier this year when he referred to the vast majority of young, undocumented workers in America as drug mules.

“For everyone who’s a valedictorian, there’s another 100 out there that weigh 130 pounds and they’ve got calves the size of cantaloupes because they’re hauling 75 pounds of marijuana across the desert,” he said.