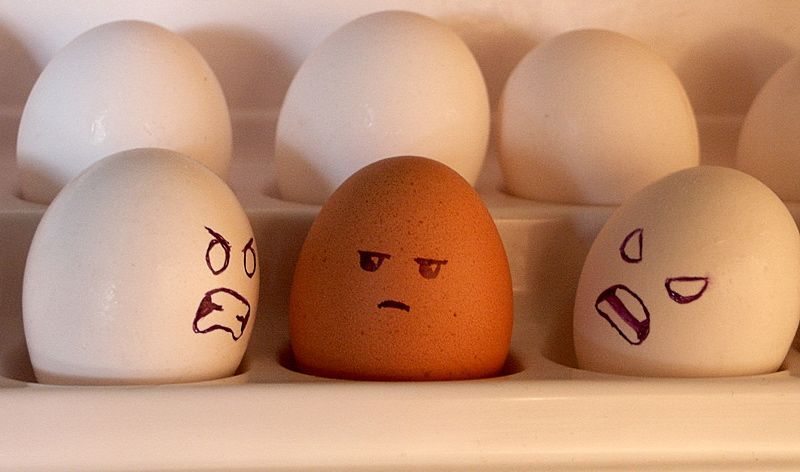 Recently this website’s founding editor has published several articles focused on race. One such racial theme has centered on a “thug” culture. This culture has supposedly run amok as black judges let black defendants out on bail for the sole reason that they are black – with absolutely no evidence that race played a factor in those decisions nor any consideration given to the fact that white judges across the state do the same thing with white (and black) defendants. That unsubstantiated charge is the same kind of race baiting that this website has consistently spoken out against when it comes from so-called liberal “race pimps” who use unsubstantiated charges of racism to advance a political agenda from the left.

If we’re going to discuss discrimination of all kinds – and we should – let’s not couch that discussion in the same rhetoric that panderers use. That adds nothing to a constructive conversation about race and crime.

The racial rhetoric here heated up in the wake of the verdict in the George Zimmerman trial as black and white Americans protested not only what they saw as an unjust ruling, but more importantly, unjust laws. In response to these protests and renewed nationwide calls to overturn Stand Your Ground laws, the conservative media has chosen not to address the actual issues raised, but to focus instead on a “gangsta” culture that is supposedly taking over our cities in an effort to defend such laws.

Yes, there is a problem with gun violence perpetrated by black youths in Chicago and other urban areas – even in Columbia, S.C – and it desperately needs to be addressed, but so does the larger issue of institutionalized racism that reveals itself in what is happening with urban youth. Conservative pundits who race bait are not actually trying to solve a problem; they’re not trying to address root causes. They want to create today a mythological gangster akin to Ronald Reagan’s notorious “welfare queen,” of the 80’s – a young black man who roams the streets of America’s cities with his friends, locked and loaded and ready to rob and shoot you or rape your wife or daughter.

This is nothing new. Conservative race baiters have been capitalizing on an ugly strain of white populism in America since Reconstruction. This rhetoric does nothing but fuel hatred and rage, and it needs to be called out for what it is, on this website and elsewhere. It is using unsubstantiated charges of reverse racism to advance a political agenda from the right.

Urban crime has always been rooted in economics and public policy. We are losing a generation of young men – our nation’s human capital – to a vicious cycle of economic depression, a lack of jobs, arrests for low-level crimes, and disproportionate prison sentences which are followed by a criminal record that prevents young men from becoming gainfully employed when the economy improves.

If we really want to address crime in urban neighborhoods, let’s review the obvious racial bias in America’s criminal justice system, racial profiling, mandatory minimums for drug offenses (most people incarcerated on drug charges are incarcerated for possession, not dealing) and three strike laws that make no sense. Let’s dig even deeper and talk about budget cuts to food stamps, Medicaid and Section 8 housing that will negatively impact low-income communities of color at a disproportionate rate. Let’s get to the heart of the matter and discuss the lack of educational opportunities in the inner cities of America, income inequality, and poverty rates.

Let’s grow up, confront our history and human nature, and have a discussion about the real issues at the root of urban crime – a legacy of racism that has shaped public policy and contributed to poverty and a lack of opportunity for urban youth of color. It is all well and good to talk about freedom and a marketplace of ideas, but we must confront the fact that such a marketplace, until relatively recently in our nation’s history, has been closed to people of color. That is not a hurdle that is overcome quickly or without a lot of displaced people.

Regardless of political affiliation, we should be able to agree that introducing some constructive ideas to solve these problems – practical economic, educational, and social solutions – is better than dragging out the same tired narrative of the dangerous black man, dressing it up in different clothes and couching it in different terms, but using it again to frighten and divide rather than confront real issues that are, admittedly, uncomfortable to confront. Let’s appeal to the better angels of our nature and move this conversation forward without the rhetoric, from either side. There is no place for race baiting in this discussion, from the left or the right.

The Evil Empire At Work