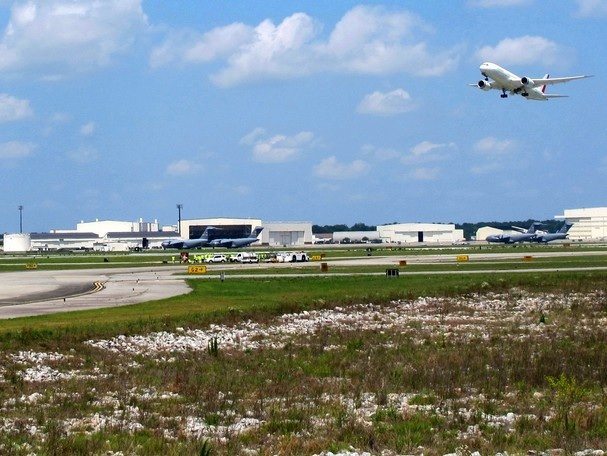 Last week Sue Stevens – the director of the Charleston International Airport – announced her resignation effective this September. The reason? According to her, verbal abuse and disrespectful conduct from two members of the airport’s board of directors.

One of those members? S.C. Rep. Chip Limehouse (RINO-Charleston) – who literally can’t take an oafishly clumsy step in the Holy City without landing in some sort of scandal. According to our sources, Limehouse – who waged a terribly disappointing campaign for the state’s first congressional district earlier this year – tried to have Stevens fired last year but was unsuccessful.

The rotund “Republican in Name Only” has been stacking the airport board with several of his cronies – including disgraced judge Larry Richter, former U.S. Rep. Tommy Hartnett and establishment “Republican” gadfly Mallory Factor.

Why? Because belive it or not Limehouse – who is richer than God – wants the $211,000 a year taxpayer-funded job for himself.

Hmmmm … guess somebody was watching the returns from this spring’s GOP first district primary election pretty closely. Limehouse, readers will remember, actually lost his own House district in his disastrous congressional campaign.

Not only that he’s facing a credible GOP challenger next summer if he wants to keep his seat in the S.C. House.

Limehouse’s bid for the airport gig is opposed by board chairman Andy Savage – a local attorney who wants to appoint S.C. Sen. Paul Campbell (RINO – Berkeley) to the post instead. However given the extent to which Limehouse has stacked the deck, he may have the votes to pull off this coup.

Stevens isn’t going down without a fight though. She’s reportedly called the Federal Bureau of Investigation (FBI) on Limehouse – alleging to have seen checks made out to him by airport contractors.

Frankly, we don’t really care who runs the Charleston airport. We don’t live in Charleston and have no occasion to fly in or out of the city. Having said that, given Limehouse’s reputation for using his official positions to engage in all manner of self-serving behavior – Charleston residents should be exceedingly leery of this power play.