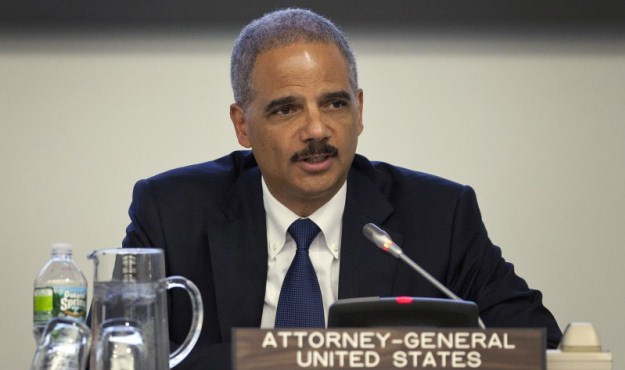 U.S. Attorney General Eric Holder says his agency will continue to subject states like South Carolina to decades-old restrictions on voting reform – even though the U.S. Supreme Court has struck down the heart of the law as unconstitutional.

“Even as Congress considers updates to the Voting Rights Act in light of the Court’s ruling, we plan, in the meantime, to fully utilize the law’s remaining sections to subject states to pre-clearance as necessary,” Holder said this week.

In other words, once again the administration of U.S. President Barack Obama is going to do whatever it wants – Congress, the Supreme Court and the Constitution be damned.

Also, it’s funny what this guy choose to pay attention to … and more importantly, what he chooses to ignore.

Anyway, Holder added that “my colleagues and I are determined to use every tool at our disposal to stand against such discrimination wherever it is found.”

Really? What about when there is irrefutable evidence of white voters getting disenfranchised en masse?

“Attorney General Holder is rewriting history to advance a political agenda,” Wilson said in a statement. “South Carolina is proud of the progress it has made in protecting the rights of its voters, and will continue to encourage full voter participation in all coming elections.”

Wilson also accused Holder of misrepresenting South Carolina’s position on the implementation of its law.

“Attorney General Holder claimed in his speech that the Voting Rights Act prompted South Carolina to change the way its new voting statute would be implemented in future elections to eliminate what would have been dramatic discriminatory effect,” he said. “That is not what happened at all.  The court in no way changed the substance of South Carolina’s Voter ID law, and upheld the law based upon the ‘reasonable impediment’ provision adopted by the legislature.”

This website did not support the voter ID law. We stated repeatedly that it was a pointless reform aimed at addressing a totally nonexistent problem – wasting valuable time and resources that could have been devoted to more pressing problems. Also S.C. Gov. Nikki Haley’s administration got caught flat-out lying to the public in an effort to promote the bill’s passage.

Having said that, we don’t believe some states should be required to “pre-clear” voting reforms with the federal government – while others don’t.

Of course if it were up to us …