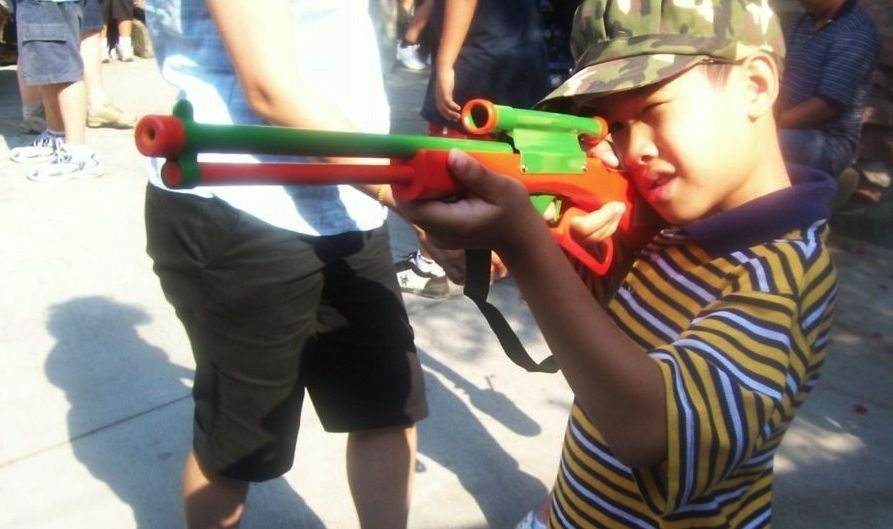 A juvenile judge in Maryland wants to ban toy guns from the state – arguing they present a danger to children.

“Some little child is going to die, or somebody is going to use that (gun) in the commission of a robbery. It looks that real,” judge Zakia Mahasa said, according to WBAL TV 11 (NBC – Baltimore, Maryland). “If the people who are selling them don’t care enough about our kids, I think we, as a community, should force them not to sell them.”

Mahasa – a Muslim – has been a master (a.k.a. a magistrate equivalent) in Maryland since 1997 when she became one of the first Muslim judges in America.

“This is Maryland, the same state that suspended a child for eating a pop tart into the shape of a gun, suspended another for making ‘pow’ sounds while pointing his finger, and suspended two students for playing cops and robbers at recess,” wrote Jeff Quinton of The Quinton Report.

We agree … this is ridiculous. In fact it’s every bit as ridiculous as the real crackdown on non-toy guns.

Decisions on when (and if) children should be allowed to play with toy guns ought to be the exclusive domain of parents.