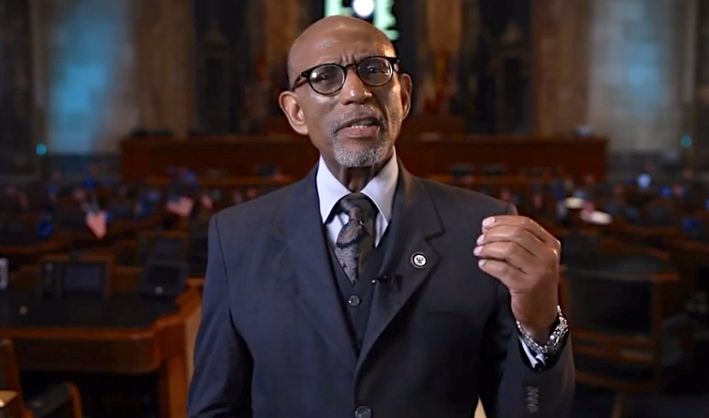 Elbery Guillory is a black State Senator from Opelousas, Louisiana. Recently he left the Democratic party to become a “Republican.”

Obviously, this website has made it abundantly clear what we think about both parties. We’ve also made it abundantly clear we think Guillory (and all politicians of all races) should leave both major political parties. But in Guillory’s defense, he cut an impressive YouTube video outlining his reasons for bolting the Democrats – a video which is instructive on two critical levels.

First (and we hope the S.C. Black Caucus is paying attention to this), Guillory exposes the B.S. Democratic claim that government must be the “benefactor of social justice for all Americans.”

“Programs such as welfare, food stamps, these programs aren’t designed to lift black Americans out of poverty, they were always intended as a mechanism for politicians to control the black community,” he says.

“The idea that blacks, or anyone for that matter, need the the government to get ahead in life is despicable,” Guillory adds. “And even more important, this idea is a failure. Our communities are just as poor as they’ve always been. Our schools continue to fail children. Our prisons are filled with young black men who should be at home being fathers. Our self-initiative and our self-reliance have been sacrificed in exchange for allegiance to our overseers who control us by making us dependent on them.”

Just as importantly, Guillory offers up a vision for the Republican Party that hinges on individual liberty and free markets – two concepts the GOP seems to have forgotten.

“The individual must be free to pursue his or her own happiness free from government dependence and free from government control,” he says. “Because to be truly free is to be reliant on no one other than the author of our destiny. These are the ideas at the core of the Republican Party, and it is why I am a Republican.”

Guillory is correct … these are indeed the ideals at the core of the Republican Party. Unfortunately the politicians the Republican party nominates and supports (i.e. George W. Bush, John Boehner, Mitt Romney, etc.) habitually abandon these ideals.

In fact Republicans are even rejecting market-based reforms and embracing U.S. President Barack Obama’s demonstrably failed education initiatives in the so-called reddest state in the nation.

(To read Guillory’s remarks in their entirety, click here).

Again … there is no love lost between this website and the Republican Party. We want the party to die, and have said so.

“It’s past time that the GOP’s lily white cadre of dark-suited, red-tied, two-faced, big-spending, liberty-depriving, imperialistic, crony capitalistic, currency manipulating, morally sanctimonious, special interest suckling politwhores went away for good .. and let people who actually stand for the things they claim to stand for take a crack at this,” we wrote last November.

In fact we think it speaks volumes that a black Democrat hit the nail on the head better than any white Republican we’ve ever heard on these issues … on his first day as a member of the party. So props to Elbert Guillory, and lets hope more politicians of all races and all partisan affiliations acknowledge the fundamental primacy of individual freedom and free markets.

Lazenby: On The House’s Abortion Ban