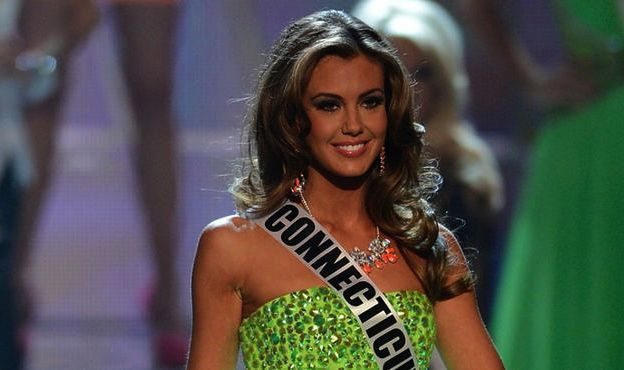 Twenty-five-year-old Erin Brady of South Glastonbury, Connecticut was crowned Miss USA on Sunday in Las Vegas. Brady will head to Moscow this November to participate in the Miss Universe competition, an event which was won last year by American Olivia Culpo.

The 5-foot-8 brunette bombshell – who graduated from Central Connecticut State University with a degree in finance and criminal justice – plans to be an advocate for breast and ovarian cancer (the organization’s official causes), as well as an advocate for children whose lives are impacted by alcohol and substance abuse.

In addition to the crown, her victory earns her a rent-free apartment in New York City for a year.

Miss South Carolina, the lovely Megan Pinckney, finished in the top five in the competition.

In related pageant news, Miss Utah – Marissa Powell – made news at the competition when she gave perhaps the worst pageant answer since the rambling map-stealing conspiracy theory offered up six years ago by former Miss South Carolina Caitlin Upton.

Yeah … that’s obviously not as bad as Upton’s epic unraveling, but …

Anyway, congrats to Brady, Pinckney and all of this year’s contestants. And we wish Brady the best of luck in Mother Russia this fall.