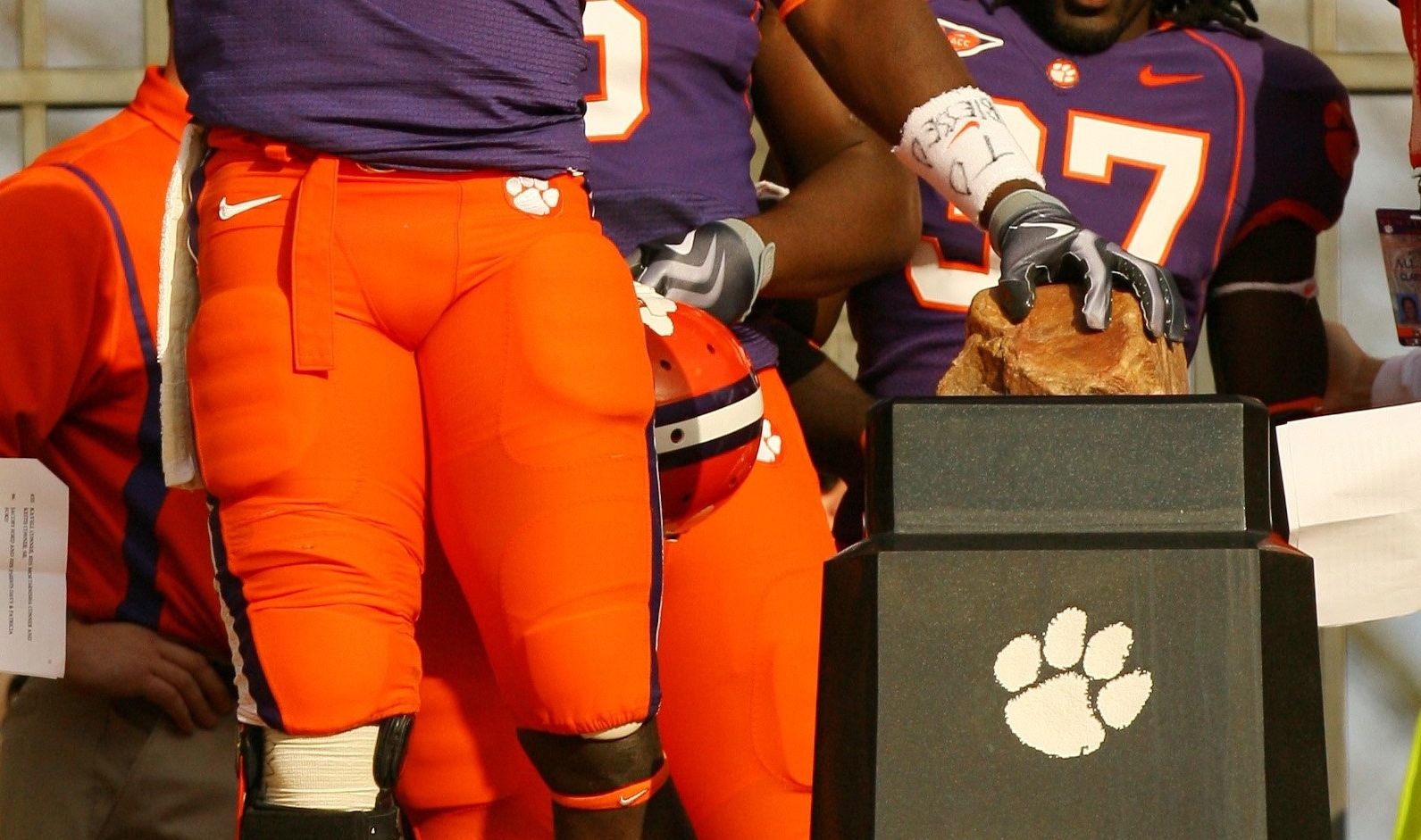 Howard’s Rock – the icon of the Clemson University football program – has been vandalized by as-yet-unknown assailants.

In fact a huge chunk of the famous stone has been completely removed, almost as if someone took a jackhammer to it. Initial reports indicate the incident took place nearly two weeks ago, and the Clemson athletics department has been working with local police in an effort to identify and apprehend the assailants.

“We take vandalism, especially of such an important part of our history, very seriously,” athletics director Dan Radakovich told Clemson Insider‘s Will Vandervort, who broke the story late Wednesday. “Police are investigating.”

Take a look at the damage … 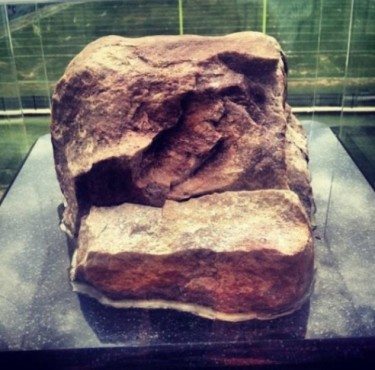 Wow … we haven’t seen anything that graphic since the John F. Kennedy autopsy pics.

In addition to the damage done to the rock itself, a glass case protecting it was also completely shattered (and has since been replaced). Apparently the assailants were attempting to remove the rock completely from its moorings but were unable to do so.

The rock – named after legendary coach Frank Howard – is an integral part of the Tiger football team’s pre-game ritual. Clemson players and coaches rub it for good luck before running down the hill into Death Valley, the team’s 82,000-seat stadium. In fact they’ve done so ever since 1966, when Howard’s team came back from an 18-point deficit to beat Virginia 40-35 in that year’s season opener.

“If you can’t give me a 110 percent than keep your filthy hands off my rock,” Howard is said to have told his players.

A gift from Howard’s longtime friend, Samuel C. Jones, the rock was initially used as a doorstop in the head coach’s office. It was later placed on a pedastal inside Memorial Stadium by Clemson booster Gene Willimon.

Clemson fans were irate at the assault on the rock – the centerpiece of their most prized football tradition.

“When the person or persons responsible are identified, I will gladly join/ lead a lynch mob to exact appropriate justice and I’m dead serious,” one fan wrote on a Clemson message board.

We’re lifelong fans of the Clemson’s arch-rival, the University of South Carolina Gamecocks, but this sort of crass vandalism and disrespect for the traditions that make college football so great is truly disturbing. We hope local law enforcement find the individual or individuals responsible for this crime and hold them accountable for their actions.

Of course they’ve struggled of late against the Gamecocks, dropping four in a row to Steve Spurrier’s resurgent USC program.

I have a headache!

What Happened To Howard’s Rock …