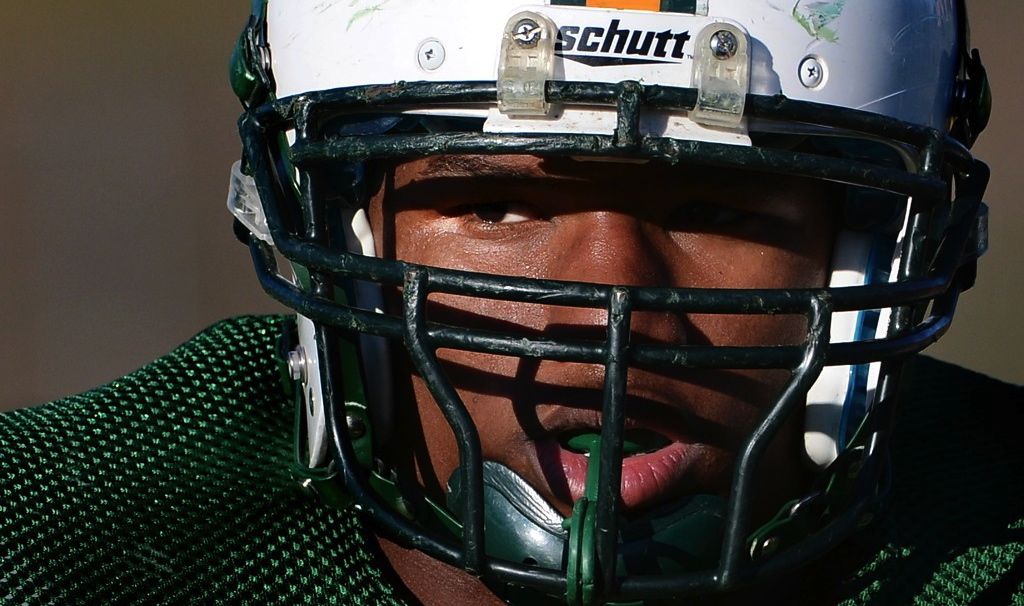 Meet Da’Shawn Hand. He’s a 6-foot-4, 248 pound senior defensive end from Woodbridge, Virginia who just happens to be the No. 1 high school football recruit in America. Like former No. 1’s Jadeveon Clowney and Robert Nkemdiche before him, Hand is being aggressively pursued by the nation’s most successful programs.

His top schools? Alabama, Florida, Michigan, South Carolina and Virginia Tech – although the 17-year-old has yet to indicate a preference among them.

Why are we bringing this up? Because one of the coaches pursuing Hand – and he’s not saying which one – made him an unusual promise.

“I ain’t gonna say any names, but one coach told me that since I’m the No. 1 player, I’m gonna get to meet Michael Jackson,” Hand told CBS Sports. “I said, ‘Isn’t he already dead?’ The coach goes, ‘Well, all right, you can meet Tito.’ I was like, all right. OK, I’m done.”

Clowney – one of the highest-rated high school prospects in history – chose South Carolina, and has gone on to become the best defensive player in the nation, future No. 1 NFL draft pick as well as a legitimate Heisman Trophy candidate. Nkemdiche originally committed to Clemson, but wound up signing a letter of intent with Ole Miss. He begins his first season with the Rebels this year.

Hand recorded 110 tackles (forty behind the opponents’ line of scrimmage), 16 sacks and three fumble recoveries as a high school junior in 2012. In fact several prep prognosticators ranked him the best high school prospect in the nation last year.

Obviously we’ll be keeping a close eye on Hand’s recruiting journey as long as the Gamecocks remain one of his top schools.

Phil Steele Figures It Out