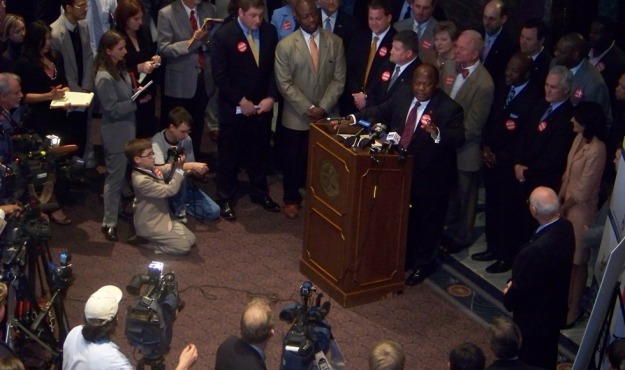 Ford’s resignation is expected to be announced Friday by his attorney, with a formal letter submitted shortly thereafter.

The Senator – who was hospitalized for an undisclosed ailment – was scheduled to appear before a legislative ethics committed for another day of testimony related to the multiple campaign finance violations of which he stands accused. An earlier hearing into these allegations took a bizarre turn when Ford was accused of using campaign resources to make purchases at a pair of adult bookstores. The veteran Democrat was also accused of using campaign funds to purchase penis enlargement pills.

Ford’s resignation (and the vacancy it creates) will trigger a special election in S.C. Senate District 42 – a gerrymandered “majority minority” district that runs along the northern border of Charleston County (and includes a small corner of Dorchester County).

Filing for the seat would open on the third Friday following the official receipt of Ford’s letter of resignation – and last for ten days. Primary elections would be held eleven weeks after the vacancy (with runoff races two weeks after that, if necessary).

UPDATE: The Charleston (S.C.) Post and Courier is quoting Ford’s lawyer, William Runyon, as saying he has not yet been authorized to announce Ford’s resignation but “I’m not suggesting that couldn’t happen.” The paper is also reporting that Ford has been released from Baptist Medical Center after being admitted Thursday for “chest pains” following his ethics hearing.