Spoof website The Onion has a hilarious faux news story up mocking the state of South Carolina’s love of Hardee’s – the artery-clogging fast food chain with the oversized burgers and supermodel commercials.

“Faced with mounting pressure from critics who say it sends the wrong message about the state, residents of South Carolina have mounted a vociferous defense of their right to fly the Hardee’s flag from the top of their capitol building,” The Onion story begins. “According to many South Carolinians, the flag, which prominently features a single smiling star and the phrase ‘Hardee’s Charbroiled Thickburgers,’ signifies an important part of their cultural legacy, and many have expressed anger over demands that legislators remove it from public display.”

The website went on to “report” on a fictitious rally at the S.C. State House in defense of the Hardee’s flag.

“An estimated 40,000 residents gathered to show their support for the flag, with many flying the fast food chain’s colors from the backs of pickup trucks or motorcycles,” the article noted. “A few older South Carolinians could even be seen decked out in authentic uniforms once worn by actual Hardee’s servers.”

Hardee’s has an estimated 2,000 locations nationwide – most of them located in the American Southeast (a.k.a. the “Stroke Belt”). 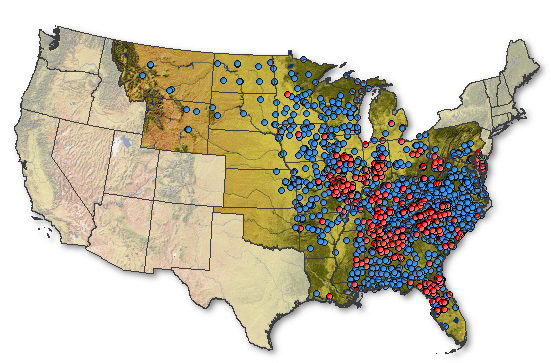 “It’s a great day in South Carolina,” people. For mocking. And cholesterol.