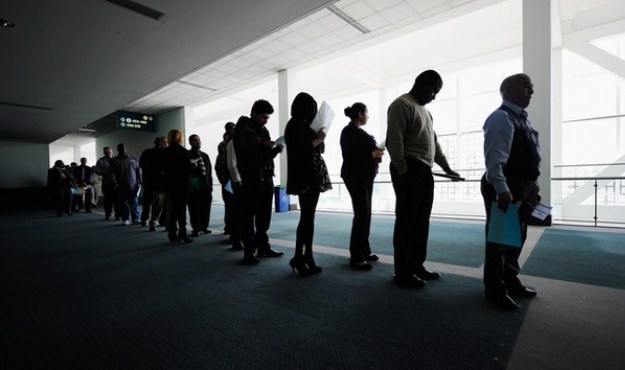 The U.S. unemployment rate declined from 7.9 percent in January to 7.7 percent in February as the economy created 236,000 jobs, according to data from the U.S. Bureau of Labor Statistics.

That’s the third time in the last four months the economy has created more than 200,000 jobs – and unemployment is now at its lowest level since December 2008.

Unfortunately the news wasn’t all good, as the nation’s labor participation rate inched back down to 63.5 percent. That equals a three-decade low last reached in August 2012. By contrast, the labor participation rate stood at 65.7 percent when U.S. President Barack Obama took office in January 2009. Also the underemployment rate – a broader, more accurate measure of joblessness – stood at 14.3 percent.

“Private employers continue to move forward in creating jobs in spite of regulatory headwinds and higher taxes,” said Bill Wilson, president of Americans for Limited Government. “Incredibly, while the number of jobs created by the private economy continues to grow, the number of people who are abandoning the workplace also continues to accelerate. In February alone, almost 300,000 more workers left the workforce and the percentage of workers in the labor force dropped to its lowest level since 1981 at 63.5 percent.”

Then there’s the issue of part-time versus full-time employment.

ZeroHedge also points out that February saw a record increase of 340,000 multiple job-holders …

“One wonders: how many actual people got new jobs, as opposed to how many qualified single individuals ended up getting more than one job in February in order to boost that much needed weekly income to sustainable levels,” the site mused.