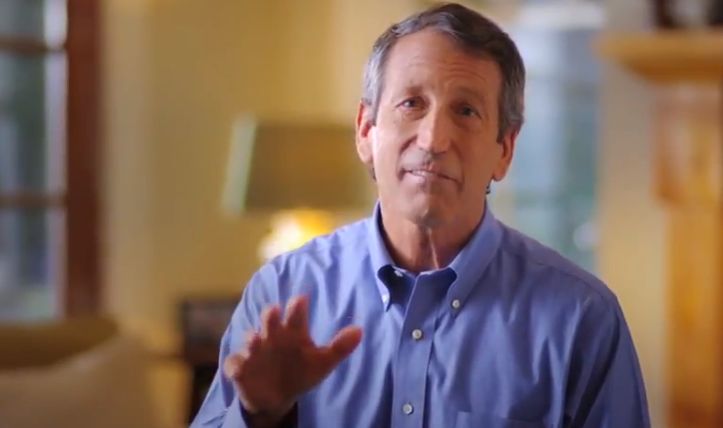 Wearing what looks like the same light blue shirt from his first gubernatorial campaign over a decade ago, former S.C. Gov. Mark Sanford is appearing in television advertisements across the South Carolina first congressional district this week as his 2013 comeback bid ramps up.

“Washington’s math doesn’t add up,” Sanford says in his thirty-second spot, “and so for years while many have talked, I’ve fought to do something about it.”

A surprisingly large percentage of Sanford’s spot (entitled “Change Washington”) is devoted to addressing his 2009 sex scandal – which leads us to believe the governor’s trust problem is something which has shown up in polling.

“More recently I’ve experienced how none of us go through life without mistakes,” Sanford says in the ad. “But in their wake we can learn a lot about grace, a God of second chances and be the better for it. In that light I humbly step forward and ask for your help in changing Washington.”

As expected, Sanford is a pro on camera … but are first district voters buying what he’s selling?

As we’ve noted on numerous previous occasions, Sanford has a lot of work to do when it comes to convincing voters he can be trusted in the wake of his extramarital affair with then-lover (now-fiancee) Maria Belen Chapur. Sanford also has to answer for a taxpayer-funded “economic development” trip to South America which doubled as a romantic rendezvous with Chapur.

Sanford served three terms as the first district’s representative in Congress (1995-2001) followed by two terms as governor of South Carolina (2003-2011).