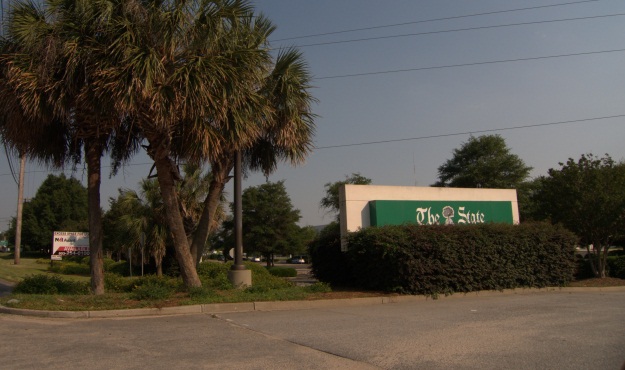 Taxpayer advocates are blasting The (Columbia, S.C.) State newspaper – a.k.a “La Socialista” – for its ongoing efforts in support of a $1.2 billion heist.

We’re referring of course to the “Richland County Robbery,” a $1.2 billion tax hike which was “approved” by Richland County, S.C. voters in an illegal election last November. Perhaps the most flagrant example of electoral fraud we’ve ever witnessed,  the “robbery” was a rigged election in which turnout in predominantly white, anti-tax hike districts was deliberately suppressed by corrupt officials with close ties to the pro-tax hike movement.

In an effort to right this wrong a group of local citizens has been pressing the county to conduct a new election – a recommendation we wholeheartedly endorse.

“Until the results of that election are scrapped and a new election is held, there is no justice for Richland County taxpayers,” we wrote recently.

The State? Not surprisingly it is trying to sweep the whole scandal under the rug …

In fact South Carolina’s second largest newspaper has been accused of practicing “hatchet journalism” against those who are suing for the right to have their votes counted.

“The State newspaper usually expresses support for tax increases, so it wasn’t surprising to see the newspaper strongly advocate raising the Richland County sales tax,” taxpayer advocate Michael Letts wrote on his website. “What was surprising was the degree to which they’ve been willing to do a hatchet job on well-meaning citizens who opposed the tax increase.”

According to Letts, The State is not only refusing to print anything submitted by opponents of the tax hike – it is actively attacking them in its coverage.

“The State’s only interest is in criticizing people who don’t share their views on political issues,” Letts added. “It’s hatchet journalism. Most newspapers would at least allow both sides of the issue to be published.”

That’s true … in fact this website frequently publishes columns from people we disagree with (even though our slogan is “Unfair, Imbalanced”).

“A billion dollars is a lot of money to tax and to spend,” Letts wrote. “Richland County shouldn’t be willing to pull that much money from the taxpayers’ pockets based on the results of a flawed election. The public trust is at stake.”

He is absolutely correct … sadly, The State is more interested in covering up the scandal and doing the robbers’ dirty work than actually getting to the bottom of what happened.

We agree with Letts. The State is practicing “hatchet journalism.” Again.

Nikki Haley’s Hooker Boots Are Back!