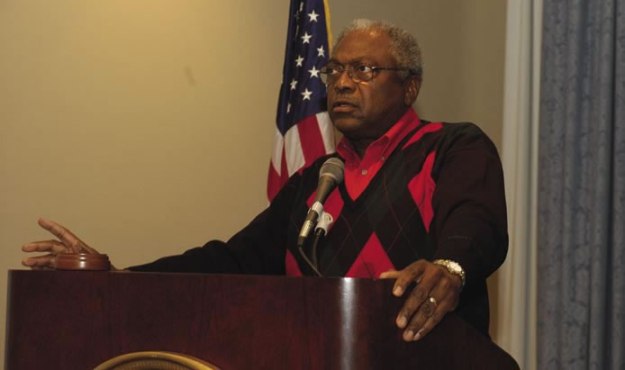 You know, because anytime “Clyburn” and “Transportation” come together in the same sentence … only good things happen, right?  Right?

Ummmm … not so much.

Anyway, this chronic raider of Bill Cosby’s wardrobe (who rolls with Louis Farrakhan, hates the First Amendment and once infamously sent pork barrel spending to the wrong district) is being pushed for this role because … well, he’s black. And because he’s exceptionally good at playing the race card.

If chosen by Obama, Clyburn would replace Ray LaHood – a former U.S. Representative from Illinois who announced he was leaving his post last week.

Damn, It Feels Good To Be A Bureaucrat