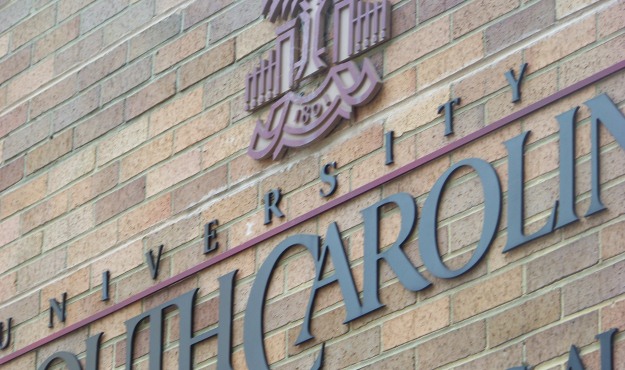 The University of South Carolina’s top communications staffer – who was paid more than half a million dollars (not counting benefits) over the past two-and-a-half years – is leaving the school for the Left Coast. There she will take another six-figure job at another left-leaning taxpayer-funded institution of higher learning.

USC vice president for communications Luanne Lawrence – architect of the school’s new “No Limits” re-branding campaign – informed colleagues of her decision this week via email.

“I will be leaving USC after March to join the University of California, Davis, as the associate chancellor for Strategic Communications,” Lawrence wrote.

Derided … err, described by her soon-to-be former colleagues as a diabolical intriguer of the worst sort, Lawrence raised eyebrows earlier this month on her Facebook page with a series of “True Confessions.” Some of these hyper-snooty observations reportedly rubbed South Carolina lawmakers the wrong way – a problem Lawrence resolved by de-friending the lawmakers. 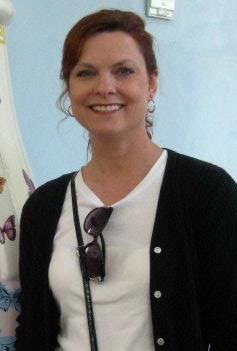 “Very few wine grapes grown to the right of OR, WA or CA are worth a sip,” one of her entries noted.

Another “confession” offered a less-than-flattering review of local fare.

“Locally grown food  … collards and fatback – not to my taste,” she wrote.  “I long for fresh salmon, fruit off the trees, pesticide free veggies, free range beef and chicken.”

“Standing up from the table at Lizard’s Thicket to get to the car is not my idea of an active life,” she wrote.

Lawrence later claimed these entries were not reflective of her opinions- but rather part of a social media experiment related to her new job.

We dealt with Lawrence infrequently … not because we didn’t reach out to her on numerous occasions seeking responses to various stories (like this one), she just rarely returned our calls. Oh well … we get that a lot.

We don’t begrudge Lawrence for ignoring us – or being a catty bureaucrat. Nor do we begrudge her getting paid exorbitant amounts to produce a two-word slogan (while conducting social media “experiments” for other schools). Hell, she’s a redhead – and everybody knows how our founding editor feels about gingers. And besides … if someone offered us a quarter of a million dollars a year to perpetually scheme while doing very little in the way of actual work, we’d be on that like organic black bean sauce on pesticide free veggies.

What’s our (free range) beef with this situation? The people who approve these ridiculous salaries – and more importantly the ridiculous boondoggles all of these overpaid communicrats promote via a sycophantic media.

Therein lies one of the primary sources of unnecessary government growth in this state … which is why we believe each one of South Carolina’s thirty-three state supported colleges and universities should be set free to pursue its destiny as a private institution.