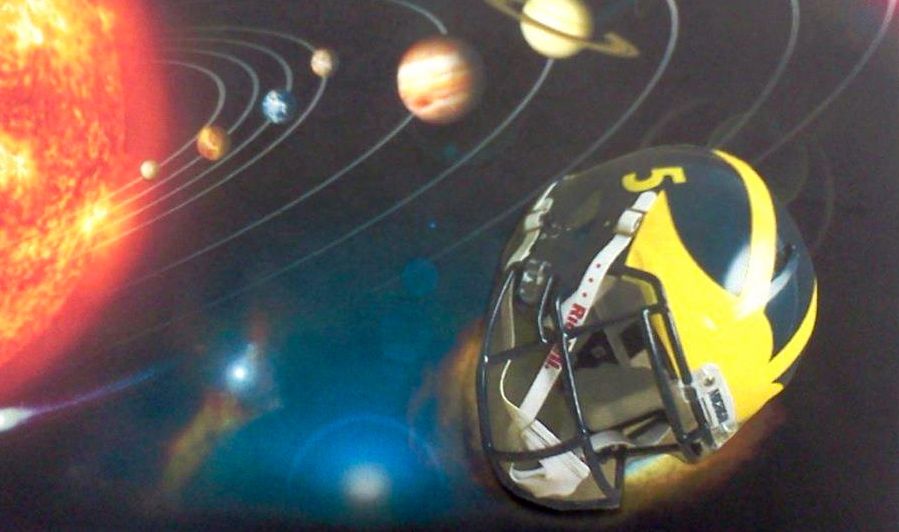 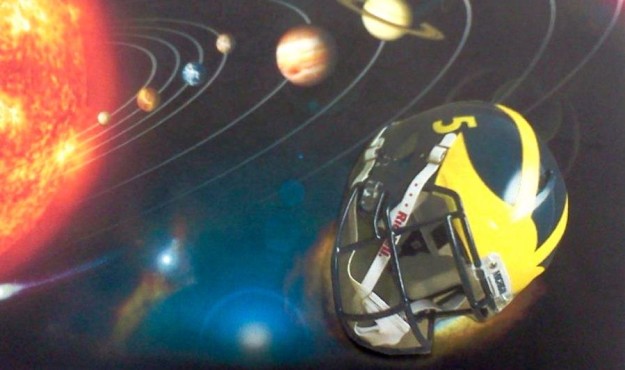 National Aeronautics and Space Administration (NASA) announced the latest coordinates for the helmet of Michigan running back Vincent Smith – which was forcibly dislodged from Smith’s head during the 2013 Outback Bowl by University of South Carolina defensive lineman Jadeveon Clowney.

After bouncing once off the turf at Raymond James Stadium in Tampa, Smith’s helmet left the earth’s atmosphere and began its journey through our solar system.

Where is it?  According to NASA, Smith’s helmet is currently positioned near the dwarf planet Eris – some 96.6 astronomical units from the sun (for those of you keeping score at home, one AU equals roughly 92 million miles).

Back on earth, there’s also new footage from the moment of impact …

UPDATE: Obviously, we’re having a little fun here.  NASA is far too busy with “other things” to do the important work of monitoring the trajectory of football helmets through our solar system.

Nebraska Still Doesn’t Get It