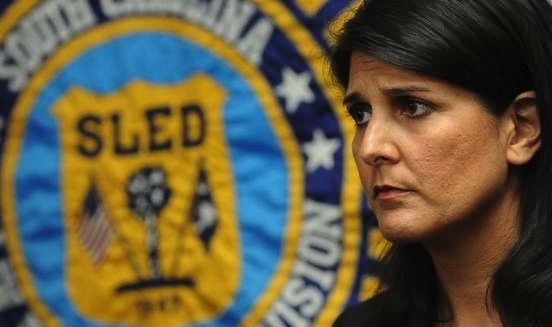 “Nearly two months after publicly disclosing a massive data breach at the South Carolina Department of Revenue, state officials are unsure just what kind of weaknesses exist in state agencies’ cyber security,” reporter Tim Smith of The Greenville News noted. “The State Budget and Control Board — the five-member board that oversees the state’s administrative agency as well as state financial decisions — took the first step to find out Wednesday when it authorized hiring a consultant to craft a bid for a firm to assess the state’s security and develop a statewide cyber security (plan).”

So let’s get this straight … a consultant is crafting a bid to get some other firm to conduct an assessment of the state’s security system so that administration officials can then develop some sort of “plan?”

Jesus … how much is all of this bureaucratic circle jerking going to set us back?

Haley’s Department of Revenue (SCDOR) has already blown through $20 million on its ill-conceived knee jerk reaction to this heist  … how much more money will taxpayers be forced to shell out simply to determine what went wrong?

And speaking of a “plan …” what exactly was the “plan” before Haley’s administration coughed up 3.8 million Social Security numbers, 3.3 million bank account numbers, tax info for more than 650,000 businesses and nearly 400,000 credit and debit card numbers to the hackers?

Seriously … isn’t this sort of “plan” precisely the kind of thing state leaders should have developed already using the millions of dollars in cyber security grants our state has received over the years?  In fact, shouldn’t such a “plan” have been a priority after Haley’s administration coughed up hundreds of thousands of confidential files back in April?

On both the front and back ends of this disaster, Haley’s administration has delivered an epic fail.  For starters, it took an unconscionable 43 days for state leaders to discover that their system had been breached – and even then they never discovered the hack, they had to be alerted to it by federal law enforcement.  Now, nearly two months after the breach was announced we’re still not sure we’ve fixed the problem?

Who Would Be “As Conservative As Jim DeMint?”