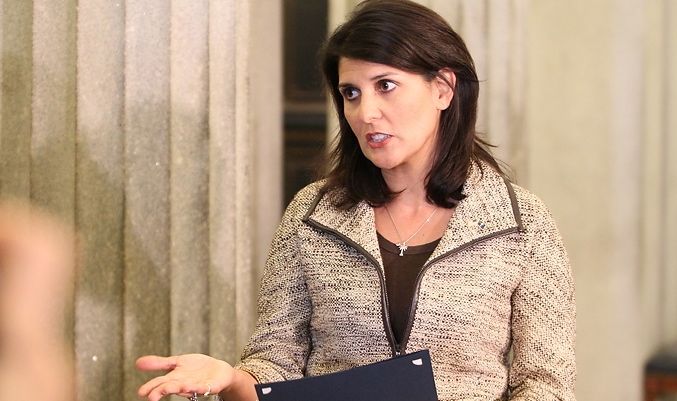 A political action committee affiliated with S.C. Gov. Nikki Haley is paying big bucks to one of her former staffers.  It’s also still raking in big dollar contributions – although not as much as it received in 2011.

The fund also received a $100,000 contribution from Florida-based health care provider Rama R. Mantena – whose family has paid for Haley and her husband to fly on its private jets.  Another $36,000 was donated by Cooper River Business Partners, a group which owns an “industrial area” in Berkeley County, S.C. that it markets to companies.

So now that we know who is bankrolling Haley’s PAC … who’s on the receiving end of its largesse?

(Well, other than the handful of TV stations who ran its political ads this year …)

First off there’s Taylor Hall – the 24-year-old former campaign staffer who left his full-time role as Haley’s cabinet liaison back in February – ostensibly to rejoin her campaign organization.  Of course that’s not where Hall went.  As a favor to Haley, he was hired by the SCGOP – but the party fired him in April after he was caught working with the governor’s chief of staff Tim Pearson in an effort to recruit candidates to run against GOP incumbents, including former House Majority Leader Jimmy Merrill.

From July to September, Hall was paid $20,518 by Haley’s PAC.  The organization also paid more than $58,000 from July to October to Red Sea LLC, the firm owned by Haley’s longtime political consultant Jon Lerner.

Lerner was reportedly instrumental in helping Haley complete the “Savannah River Sellout” – in which she betrayed our state’s long-term economic competitiveness in exchange for a prime time speaking slot at the 2012 Republican National Convention.

Also getting paid?  Marisa Crawford, the governor’s fundraiser – who received $6,223 in expense reimbursements – and Kevin Hall and Butch Bowers, Haley’s attorneys.  Hall and Bowers received $10,000 from “The Movement Fund” on September 11, 2012.

Haley’s “Movement Fund” was formed in March 2011 however news of its existence didn’t break until FITS filed this exclusive report back in September of this year.