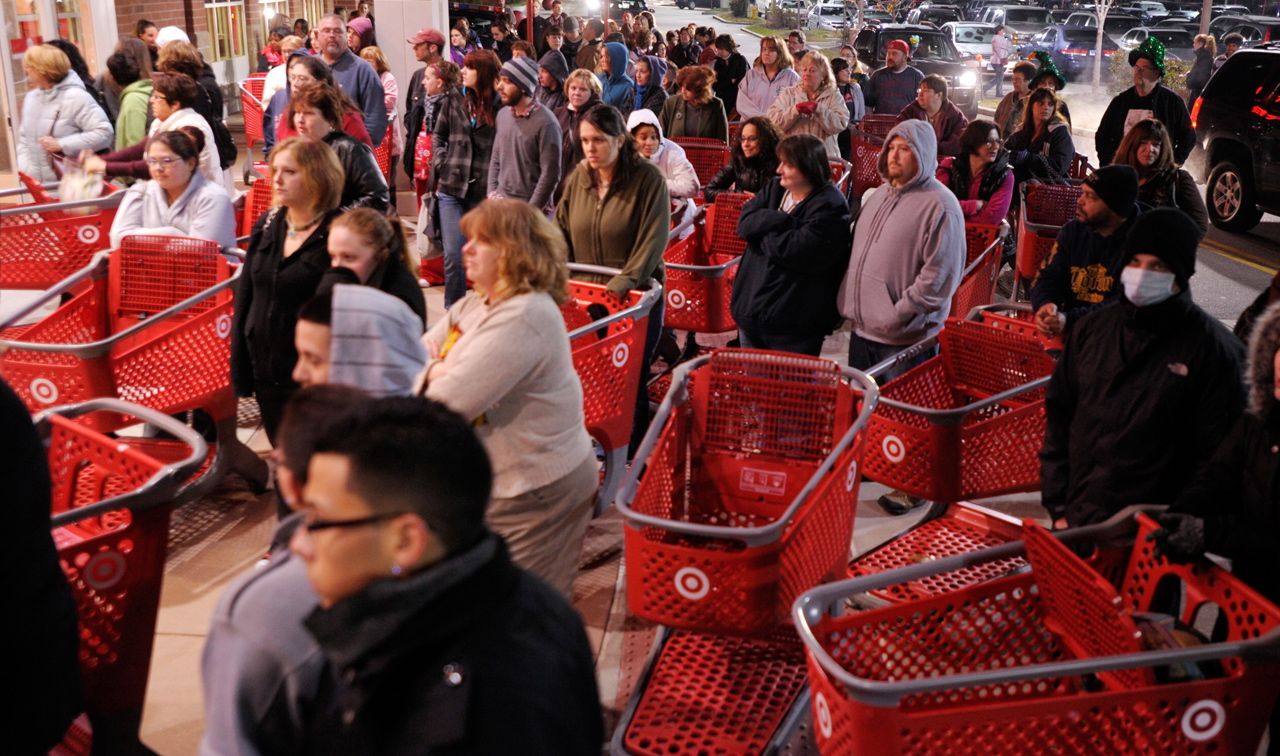 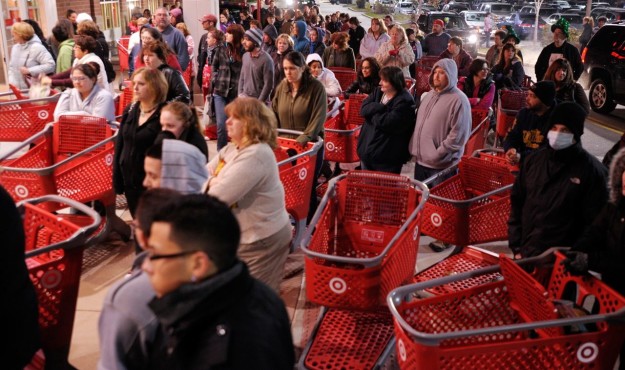 By Megan Jones || Black Friday seems like the epitome of capitalism in this country – retailers offering up great deals on a variety of coveted products and consumers coming out in droves to acquire these must-have goods (while simultaneously spurring the economy).  What could possibly be more American than that?  Lately it even seems as though Black Friday is overshadowing the very holiday to which it is attached.

This year, retailers like Walmart and Target moved their Black Friday deals forward into Thanksgiving evening – meaning consumers could get down to the dirty work of elbowing others out of the way to score a $100 flatscreen before the tryptophan from their holiday meal even kicked in.

What are the economic and societal impacts of this cult shopping experience?  It seems the jury is still out on whether Black Friday actually boosts sales for retailers. Bloomberg reports: “Some industry analysts say that it shifts sales earlier in the season rather than increasing demand,” which would mean the whole thing is an overhyped wash. If consumers are going to spend essentially the same amount of money whether they buy during the Black Friday deals or later in the holiday shopping season, why the frenzy?

Real or imagined, the promise of unbeatable deals on electronics and home goods seems to drive some people past good, old fashioned consumerism and into the realm of pure insanity.  To see how the deal-seeking turns some people from civilized members of society into violent lunatics, one need look no further than this year’s Black Friday headlines – a door smashed in at an Urban Outfitters in Santa Monica, two people shot outside of a Tallahassee Walmart, a man who pulled a gun on a line-cutter at a Sears in Texas.

And what about the retailers who moved up their Black Friday hours as early as 5:00 p.m. on Thursday – forcing employees to cut short holiday time with their families?

Despite some resistance from employees and consumers, there was no substantial backlash caused by these new practices. Casey St. Clair, an employee of mega-retailer Target, started a petition in attempt to persuade her employer to “take the high road and save Thanksgiving.” Her petition asked supporters to send a message to the company’s CEO, Gregg W. Steinafel, that Target’s “9 pm opening disgusts me and symbolizes everything that is wrong with this country.”

St. Clair’s petition received more than 200,000 signatures – but Target stores across the country opened their doors for Black Friday sales at 9:00 p.m. on Thanksgiving evening anyway.

Meanwhile “Our Walmart” – an apparent subsidiary of the United Food and Commercial Workers Union (UFCWU) – organized an employee walkout to protest Walmart’s Black Friday hours. Although the organizers claimed that the event was a huge success, it would seem that it was lacking a crucial element: participation. Only about 50 employees nationwide took part in the walk-out.

One can only hope that some of the early shoppers had the decency to thank the employees in these stores for giving up their holiday to assist these gluttonous pursuits.

Ethical questions aside, where are America’s overzealous shoppers getting the funds necessary to purchase all of these … “necessities?” Considering that household debt has increased in two of the last three quarters, it’s safe to assume that many are putting their purchases on credit cards with the intention of actually paying the tab at a later date.  That’s the American way, after all (along with layaway – another “buy now, pay later” option that was prominently featured in this year’s Black Friday advertising push).

With 5.2 million Americans currently collecting unemployment aid and more than 100 million Americans dependent on at least one form of government aid, one has to wonder how much of this economic stimulation is really just the recycling of tax dollars taken from the producers, given to the non-producers, then spent (and taxed) again so that the ugly cycle can repeat itself without any true growth.

Any way you look at it, debt is increasing – both household and national – although it’s clearly not increasing the size of the economy.  As usual, though, this day of mass consumption will be touted by many as a huge boost for jobs and the economy, even if it isn’t.

There are those who claim that Black Friday is simply a family tradition – on par with trimming a Christmas tree or spinning a dreidel.  However the glorification of a day spent pushing and shoving other people out of our way so we can save a few bucks on mostly Chinese-made products highlights the depths of materialistic depravity that we’ve fallen into as a society.

Would it honestly be so terrible to spend some time reading a book to your kids, or take a little while to listen to an elderly family member tell you stories about their childhood, or just watch some football with the people you care about the most?  Aren’t we supposed to stop and be thankful for friends and family during this holidays season?  Not plotting ways to dig ourselves deeper into debt on new gadgets we don’t really need?

Besides, the iPads and flat screens will still be there on Monday.

Megan Jones is a wife, mother, small business owner and libertarian. She lives with her family in coastal Florida.