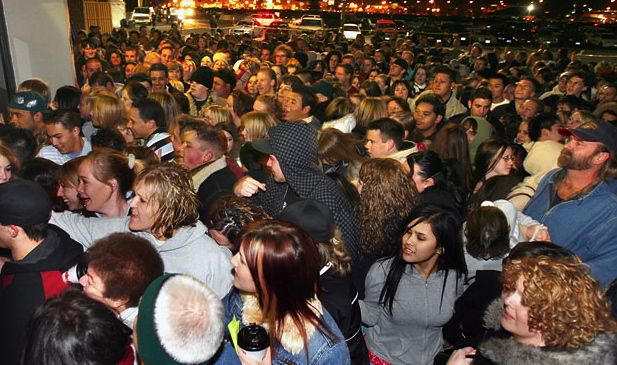 BUT WILL IT LAST?

It remains to be seen whether the 2012 holiday shopping season will meet its modest growth estimates from last year, but retailers are reporting strong sales from its kickoff weekend.

Also, online shopping on Black Friday broke the $1 billion mark for the first time ever.

These figures – courtesy of the National Retail Federation – are obviously preliminary.  But if they pan out, it’s a strong start to the 2012 holiday season – which lasts longer than usual this year given that Thanksgiving fell on November 22, its earliest possible date.

Retailers generally do 40 percent of their business during the final two months of the year – and as much as a quarter of their holiday shopping during the Black Friday weekend.

Here’s the question, though … will the momentum from this year’s apparent record-breaking Black Friday be sustained throughout the extended holiday shopping season?  Or did consumers shoot their wad early?

Obviously we’re fans of Black Friday. It shows that this free-market system of ours still has a pulse.  On the other hand what’s driving most of these purchases? Government salaries? Unsustainable entitlements? Temporary assistance to needy families and other government handouts? And let’s not forget about extended unemployment benefits.

And what about the money that’s not coming directly from government sources? How much of that is credit card debt?

Explore these – and other Black Friday-related questions – in this excellent column written by new FITS contributor Megan Jones.

The GOP: Another Fiscal Betrayal