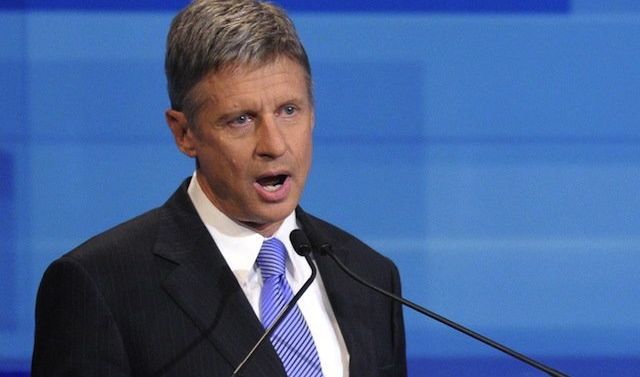 Former Republican Gov. Gary Johnson of  New Mexico – the Libertarian Party’s nominee for the presidency – did not cost Mitt Romney the White House.

In fact third party candidates barely registered as a blip on the national radar in the 2012 election, a sad commentary on the state of the political debate in our country.  In the pivotal swing state of Ohio, third party candidates (led by Johnson) received just 1.7 percent of the vote – which was less than U.S. President Barack Obama’s 1.9 percent margin of victory.

In Virginia, third party candidates got 1.4 percent of the vote – less than half of Obama’s three-point margin of victory.

Only in Florida did third party support – at 0.9 percent – outnumber Obama’s margin of victory (0.5 percent).

Still, even if Romney had captured the Sunshine State’s 29 electoral votes he would have still fallen well shy of the 270 votes needed to claim victory.

This website endorsed Johnson’s longshot bid for one simple reason – he was the only candidate in the race who had a record of protecting our tax dollars.  That’s the same reason we endorsed U.S. Rep. Ron Paul in the 2012 Republican presidential primary race.