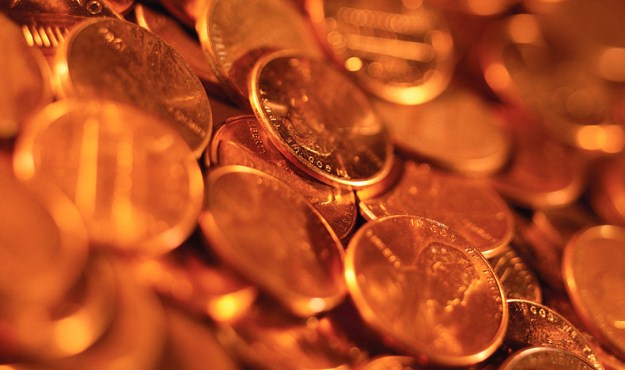 Either way, their actions may have helped usher in a new sales tax hike as malfunctioning voting machines at numerous Republican-leaning precincts forced wait times of several hours for individuals wishing to cast their ballots.

Many of these citizens left without voting … which conspiracy theorists say was the point.

“A lot of people in the (demographic) that would seem to vote down the tax were essentially turned away by the mismanagement of the election,” says a working mother from Dutch Fork, S.C. – one of the areas of Richland County that experienced lengthy delays. “It’s really hard to wait for four hours if you work and have a family. The (measure) failed by 600-some votes last time; if you can turn away a couple hundred voters in Dutch Fork and add some city voters who were motivated to turn out and cast a ballot for Obama, you can probably pass your tax.”

State law mandates one voting machine per every 250 registered voters.  By that count, there should have been at least ten machines in operation at the Dutch Fork precinct.

Instead there were only three … resulting in wait times of more than four hours.

Similar machine shortages and delays were reported at other Republican-heavy precincts in Richland County – causing hundreds of voters to abandon their effort to cast a ballot.

Not only that, FITS was peppered with Election Day reports of penny sales tax supporters – including Columbia, S.C. mayor Steve Benjamin – improperly attempting to influence voters on behalf of the measure.

At last count, the sales tax hike – which is expected to suck $1.2 billion out of the local economy over the next 22 years – had received 64,190 votes compared to 55,452 votes in opposition (that’s with 84 percent of precincts reporting).  In addition to the alleged voter suppression techniques, more than $50,000 in public funds was spent in the weeks leading up the election to “educate” voters on the benefits of the tax hike.

Responding to the allegations of corruption, S.C. Election Commission (SCEC) director Marci Andino tells FITS that the county election commission will conduct “a review of voting machine allocation” once all of the ballots have been tabulated.  Andino added that her agency stands ready to assist those efforts if called upon to do so.

Dominion Deal For SCANA: Fair Shake? Or Another Scam?

One should never attribute to treachery that which is explainable with incompetence. We are just led by fools, that’s all.

Yep – Ockham’s razor, more likely to be incompetence than conspiracy.

A bit of a stretch Will but what the hell, go after it.

T-Bone Benji was handing out water bottles… I wonder what was in the water!

Kidding, but this is hilarious. Richland county just thinks yes means yes and no means “yes, but right up my ass.”

Why are they able to tell us every other office result but still have not ‘tabulated’ all the penny tax referendum results? This stinks to high heaven!

If you have a job and want to vote a 4 hour wait is certainly a problem.

Not so if you’re on the public dole, you have all day.

I’m not interested in conspiracy theories though, only conspiracy facts.

This whole deal reminds me of a similar tax proposed when I was living in Charlotte for the new football stadium. It was voted down the 1st time fairly overwhelmingly and I remember driving home from work listening to a local NPR program interview one of the councilmen complaining about the vote and how it was holding back progress in Charlotte. Somewhat enjoying stirring the pot I called in and asked him why he didn’t like democracy on air and was met with silence on air from him and the interviewer…LMAO! He didn’t even try to respond, the interviewer said “Thank you for your input.” and ended the call.

No need for conspiracy theories anyways. The fact that last time the penny tax narrowly failed means they just have to jam it in every election until it works. If that DOESN’T work, they’ll find another way to raise taxes.

In fact, fudging the votes is probably the dumbest idea as it exposes you to quite the scandal for something that can be brought about in various other ways. Why steal something when you can twist someone’s arm into simply giving it to you?

I agree, I would only add that you should never underestimate the stupidity of both the general population and the boobs they elect to rule over them.

Check your facts Will. The 40,000 uncounted absentee ballots which are being counted this morning are strengthening the “yes” vote. At least 10,000 votes more in favor. Were the absentee ballots rigged too?

I voted on Monday at Voter Registration Offices. It took me 2 hours and 25 minutes.

Turnout from the Black community was overwhelming. Conservatively estimated, I observed that Minority voters outnumbered White voters at least 10:1. I don’t think it a stretch to note that the Black Community was heavily in favor of the measure of note here.

This conspiracy crap just keeps getting older and older, and more and more absurd. The fact is that most voters in SC are so totally un-engaged with the thought process of these “doomsayers” that it is almost laughable to engage in the daily banter on this site. Sometimes I feel my IQ score slipping after
engaging the discussions.

For the record, I voted against the measure. Richland County Council has proven itself incapable of prudently spending allocated funds.

Hey Sweepin – where you voted minorities generally out number whites 10 or 20 to 1 – not a racial statement, simply a fact.

No. Only the live ones.

Voting machines were apportioned at a rate LESS THAN WHAT IS REQUIRED BY LAW.

Incompetence or corruption. It can only be one of the two. Either way, someone’s “living off the public, getting a paycheck for not doing their job” ass needs to be fired.

@The Colonel. Yeah, I know, I vote there every time it opens. That only re-inforces the point that Bqueen and I were making. There’s no conspiracy, the 40,000 absentee votes tallied this morning were heavily influenced by the Black community which overwhelmingly supported the measure.

Can’t we all agree, no government agency should advertise or purchase media air time except to announce a pending natural disaster or crime spree. This crap of politicians using tax payer money to push their pet projects is BS and needs to end.

Steve Benjamin gave me a tasty Krispy Kreme donut while I waited in line to vote yesterday. Too bad I didn’t vote for his penny boondoggle!

Too bad I didn’t vote for his penny boondoggle!

Too bad he’s not sending you the antidote then! :P

Why do blacks vote mindlessly for measures and people that actually hurt them??!!

That question can be applied to Jews, Catholics, Evangelicals, Hispanics, whites and just about any other identifiable subset of humanity – do you have all week for an answer?

Very interesting the County politicians are the assholes who want the tax but can’t run an election every few years. So give them more money and what will you get more broken machines so lets put on a tax for new machines. Sounds like stuck in the spin cycle.

Georgetown County voted down its proposed penny tax. I voted against it because County Council had pledged to eliminate impact fees on new construction if it passed. Also, too, it was a regressive tax.

Not sure how the Richland County penny tax would “suck $1.2 billion out of the local economy over the next 22 years.” Were they planning on sending it to the Cayman Islands, or investing in Foxxcom, or maybe just setting fire to it?

Maybe someone needs a remedial course of Econ 101 around here.

There were problems all over the county. It is not a conspiracy, it’s incompetence.

Being inept at something doesn’t mean it is a conspiracy.

Richland County is just screwed up, has been for long time.

*Being inept at something doesn’t mean it is a conspiracy.*

Cant we just call it an unplanned conspiracy by the stupid?

Hope Richland county enjoys their new tax, it won’t buy much of the stuff promised. County Council will come up with more important stuff to buy now that the suckers approved it. The funny part is they approved the county to borrow money that is supposed to come in over the years which means County Council will estimate how much revenue will be generated, and it will be a HIGH estimate. Of course revenues will never match projections but they will still have the loans to pay off so the county tells the people “either give us another penny or we raise your other taxes” (property taxes, registration “fees”, etc.). Suckers, ole PT Barnum was right. Only real problem is this will give the dorks in Lexington county an idea then it will concern me, sure wish you guys had used your heads on this one.

the hourly super secret conspiracy blog! Aliens in the basement in Gaston, black helicopters in anderson.

and sex with Nikki, only in little Willie’s dreams.

No problems in rich white neighborhoods. The State posted photos from voting booths in Irmo on the Richland side, where there were 18 of them, and only 4 were being used, no line.

They should rule the election invalid in Richland county and make them do it right.

Not so, I live in a richer and whiter hood than Irmo and we only had 3
machines.

I think this is hilarious. People in Democratic leaning districts in Republican controlled states all over the country ware waiting in line for hours and hours to vote in a Presidential election. Nothing strange about that. It really was not voter suppression. But when a sales tax hike is the issue, it must be voter suppression???

“State law mandates one voting machine per every 250 registered voters. By that count, there should have been at least ten machines in operation at the Dutch Fork precinct.”

The statute actually says as per 250, or as best as practicable. There were many precints in Richland that didn’t meet the 250 standard including “heavily” democratic ones.

It’s fair to consider a conspiracy. You have to keep an eye on those folks, that’s how true corruption is exposed. If it smell’s bad, ya gotta check to see if it’s rotten. No harm in bringing up the discussion.

I vote in a heavily Democratic precinct that Obama won, and we only had three machines when we usually have twice that many. This conspiracy theory doesn’t hold much water. There’s another conspiracy theory out there that because Richland County leans Democratic and voted for Obama last time, the Republican establishment in the state was behind the fiasco on Tuesday to suppress people from voting for the President. I don’t know if I buy that one either, but there is another side to this issue.