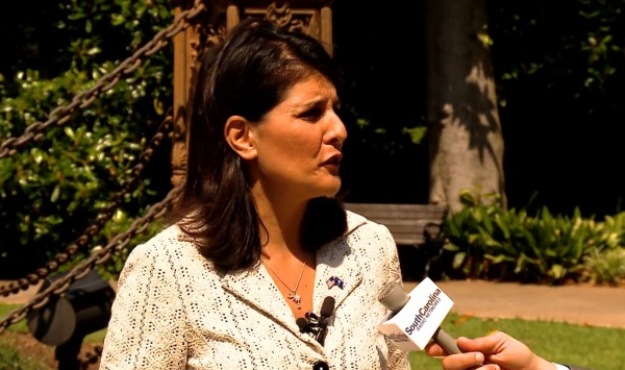 S.C. Gov. Nikki Haley is being criticized for lengthy delays stemming from a shortage of operational voting machines across the Palmetto State.  The rampant Election Day problems – which have been especially pronounced in Richland County, S.C. (click here for more info on that) – have resulted in waiting times exceeding three hours.

Not only that, sources tell FITS that “droves” of voters have simply given up their attempt to cast ballots.

“Voters across the state face waits of three hours or more to cast a ballot in today’s elections due to lack of working voter machines,” S.C. Democratic Party chairman Dick Harpootlian said in a statement. “As a result, many South Carolinian’s are being deprived of a basic right of citizenship – the right to vote.”

Haley, a Republican, appoints all five members of the S.C. Election Commission (SCEC).

It’s been a terrible week for Haley on the technology front.  On October 26, her administration announced that computer hackers had obtained Social Security data for 3.6 million South Carolinians, credit and debit card information for nearly 400,000 Palmetto State residents and tax information for as many as 650,000 South Carolina businesses.

Haley initially claimed that nothing could have been done to stop the breach – and that South Carolina used “industry standard” protection measures to safeguard its data – although both of those claims later turned out to be false.

“On the heels of the announcement last week that Governor Haley’s administration had allowed computer hackers to access the records of several million South Carolina taxpayers, this (election gaffe) raises basic questions about the Governor’s competence to lead our state,” Harpootlian added.  “Nikki Haley allows thieves to pilfer our personal information and her election commission failed to provide a speedy way to vote.”

No Brewskis For You, SC!